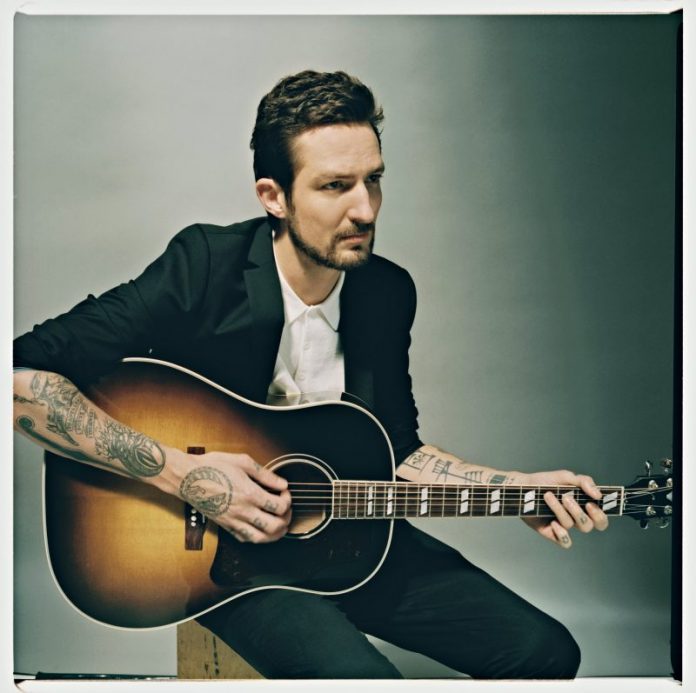 Frank Turner has announced release details for a new single ‘Get Better’, the latest to be lifted from the singer-songwriter’s critically-acclaimed sixth album Positive Songs For Negative People. The track will impact on December 12 2016, just prior to the release of ‘Get Better: A Film About Frank Turner’, a documentary film capturing  one hectic year in the life of Turner & his band The Sleeping Souls. Directed by Ben Morse, the film will be distributed by STUDIOCANAL for a special one night only event on December 13 2016 – the event in Leicester Square will include a live set from Turner and a Q&A, with the whole event being broadcast via satellite to cinemas around the country.

Fittingly, the film’s launch will be closely followed by Frank’s 2000th gig to date, at Nottingham’s Rock City on December 15. The date will bring to a close another huge 24 date UK headline tour from Frank, which began earlier this week with a London Shepherds Bush Empire benefit show in memory of Nick Alexander. Speaking about the tour, which follows a record-breaking 10th consecutive appearance at Reading & Leeds Festival this year, Frank says; “I wanted to finish off touring this record, “Positive Songs For Negative People”, in style. Last year we played the major cities in the UK, so this time we are going further afield. I’m also very excited about Ben Morse’s film, “Get Better”. The film, and the song, really sum up where I’m at as an artist right now. It’s going to be fun; see you on the road.”

“Positive Songs For Negative People” feels like the triumphant culmination of a decade’s work for the prolific troubadour and has cemented Turner’s place as one of the country’s most cherished artists working today.  The album entered the album charts at number two. Turner was only denied his first number one by the release of Dr Dre’s first studio album in 16 years. After spending much of his early solo career sofa-surfing his way round the country on extensive tours of small venues, Turner now plays the biggest halls in the land but has never lost that emotional connection with his crowd. ‘Josephine’ aptly demonstrates his way of combining the raucous and melodic. Like the rest of “Positive Songs…”, it was recorded in Nashville with Butch Walker.

The tour dates are: