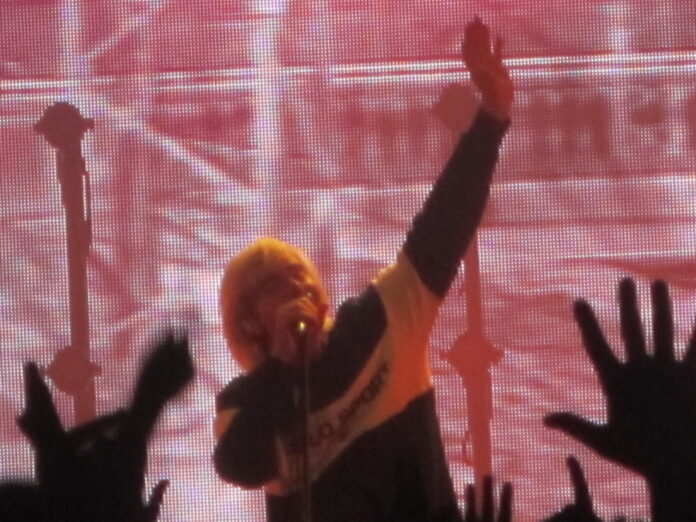 I have to say it`s been a long, long time since I last saw The Charlatans. I caught singer Tim Burgess at the Lunar festival in Tanworth In Arden, a kind of mini Glastonbury in 2014 and amongst his solo stuff he did that day, he also shared a couple of Charlatan numbers with `The Only One I Know` and `North Country Boy`. This tour was planned as a 30th Anniversary Best of tour but due to the worldwide epidemic it got pushed back and has now become a 31st Anniversary Best of tour. This tour of over twenty dates around the UK and Ireland arrived in Birmingham on a bitterly chilly day just after Storm Arwen hit the West Midlands.

The lights dim and before we know it the band are on stage and opening up with the wonderfully dreamy, trippy, and quite mesmerising `Forever`. My favourite number `Weirdo` follows with its superb tag line of “most of the time you are happy, you`re a weirdo” so I could have quite happily gone home then. This nigh on sold out audience are singing, dancing, and jumping along.

Tony Roger`s Hammond organ leads us wonderfully through `Can`t Get Out Of Bed` and `Then` a song that I must admit I’d forgotten about but is such a winner.  As the set progresses we enjoy a variety of wistful. trancey and rock out cuts with `So Oh`, `You`re So Pretty-We`re So Pretty`, `Sleepy Little Sunshine Boy`, `Just When You`re Thinking It Over` and `One To Another`

The home stretch includes the wonderfully titled `I Never Want An Easy Life If Me And He Were Ever To Get There`, `The Blind Stagger`, the classic `The Only One I Know`, ` North Country Boy` and ending with `How High` where Mark Collins proves once again what an accomplished and underrated guitarist he is.

The guys return for a three song encore that kicks off with the intoxicating `Blackened Blue Eyes`, the spacey `Trouble Understanding` before leaving us with a fan favourite `Sproston Green` a track from the band`s 1990 debut album `Some Friendly` and apparently singer Tim`s favourite track off this release. As Geoffrey Chaucer wrote in his poem, Troilus and Criseyde, all good things must come to an end and indeed this classic track wrapped up tonight`s nearly two hour long performance.

A friend who`d already seen the band earlier on the tour said about the show “you`re in for a treat” and it certainly was. It’s a number of years since I caught up with The Charlatans and I have to say although they`ve now sort of become National treasures they can certainly deliver a set of fire, power, and determination. There`s plenty of days left to catch the guys on this tour across the country, so if you as my friend correctly assured me, want a treat, grab a ticket while there`s still some left.