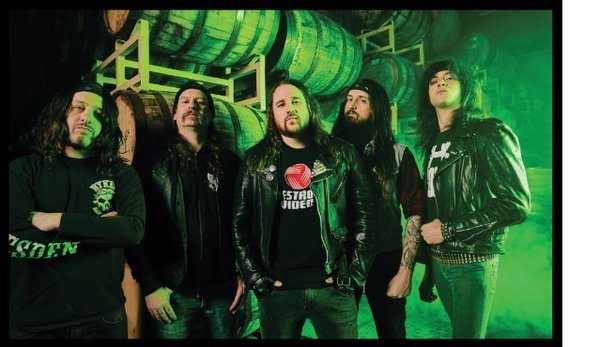 Today, the band released their 3rd video trailer for Slime And Punishment. Head to the Nuclear Blast YouTube channel to catch Ryan and Tony talk about the cover artwork and working with good friend and artist Andrei Bouzikov:

This marked the fourth time working with Andrei Bouzikov as he was responsible for creating the artwork for Massive Aggressive, The Art Of Partying, and the split with TOXIC HOLOCAUST – Toxic Waste.