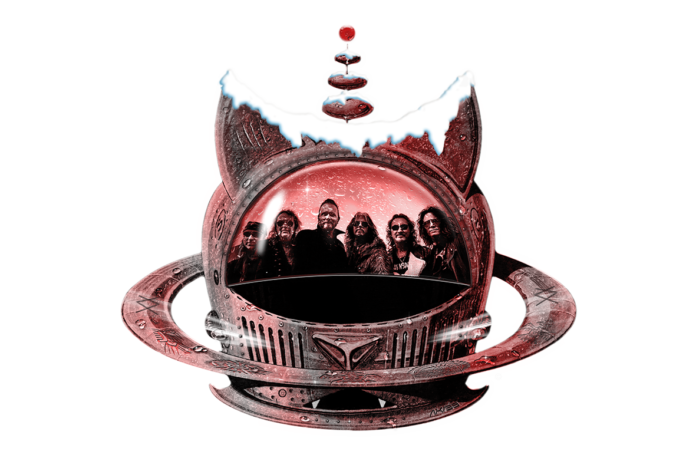 Fresh on the furry heels of their successful ‘Dive Into Atlantis’ tour, CATS in SPACE believe that December is set to be epic!

They are pleased to announce details of their new Christmas release – their version of possibly the greatest Christmas tune ever, the timeless classic ‘I Believe in Father Christmas’ originally recorded by Greg Lake.

“This Christmas we have decided to take on, what we feel is, the greatest festive song of all! It’s a song that fits our music style and we all agreed that it would be amazing to record our own huge, epic version, indeed it’s something that we’ve all wanted to do since the band started. It feels that now is the right time and the sentiment is perfect. Tinkering with such a classic is not something that we have taken lightly but we have always said ‘Go Big or Go Home’ and we promise you our version is massive!”

Available as a limited edition ‘Marble Mauve’ 7″ vinyl, a CD single and on all digital platforms. It will also feature in the stunning ‘Catmas Tin Mark II’ with an exclusive 7″ sleeve for the vinyl and an expanded signed CD alongside a photocard and a host of Catmas goodies! Yes, as ever, the CATS are not doing anything by halves! These items along with other Christmas merchandise will be available for the festive period on the band’s webstore.

A festive performance video, shot in leafy Surrey, will accompany the song on its release and there is likely to be more news on this as the band are currently in discussions with one of the UK’s leading charities for the single launch.

If that’s not enough, the band will be performing a headline-show on December 11th at the Patti Pavilion in Swansea to welcome in Christmas in true CiS style!

It all wraps up what has been a fantastic 2021, which has seen their current chart-hitting album ATLANTIS outsell all previous albums, so much so that it is now into its fourth pressing! This is in part thanks to their ‘Dive’ tour – one of the first ‘post lockdown’ tours in the UK.

Everything is lining up nicely for a massive 2022 that will see a new album along with more live dates and festivals being booked into the diary. There is simply no stopping the avalanche that is CATS in SPACE.