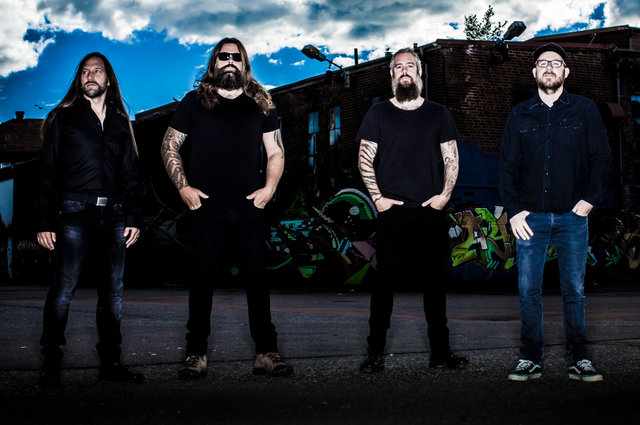 Swedish metallers IN FLAMES are set to unleash their new live DVD ‘Sounds From The Heart Of Gothenburg‘, on September 23rd. Today the band have released another glimpse into this forthcoming release. Watch as they close the show with their blazing finisher ‘Take This Life‘:

Get the digital single of the explosive live track here: http://nblast.de/InFlamesDownloads

Check out the first live clip of ‘Everything’s Gone‘: https://youtu.be/rP4tu_-G2x4

In over 90 minutes, the bombastic performance inside the Scandinavium arena shows the band in full action with pyro effects, a spectacular light show and wild crowdsurfers – right in front of 10,000 Swedish fans!

IN FLAMES are not only ready to unleash their brand new DVD ‘Sounds From The Heart Of Gothenburg’ on September 23, but also have a new studio album in the making and play KnotFest in Japan this year, before embarking on a special UK tour together with modern metal veterans AVENGED SEVENFOLD andDISTURBED. Listen to an exclusive preview of their new music here and watch the tour trailer:
https://www.facebook.com/inflames/videos/1047494318632660/

Tickets here: http://www.livenation.co.uk/artist/avenged-sevenfold-tickets
They break the rules, reinvent themselves with every album and are considered to be Swedens’s brightest pearl in modern heavy music – since the early 90’s, IN FLAMES have delivered a spectacular band progression which has seen them transform their sound from classic Melodic Death Metal to their current modern and unique style. The Swedes never cease to challenge their artistic boundaries, never looking back and taking every possible risk. After 11 successful studio albums, they are now back to haunt the planet not only with their upcoming DVD “Sounds From The Heart Of Gothenburg” (September 23th), but also with a fresh brew from the studio.