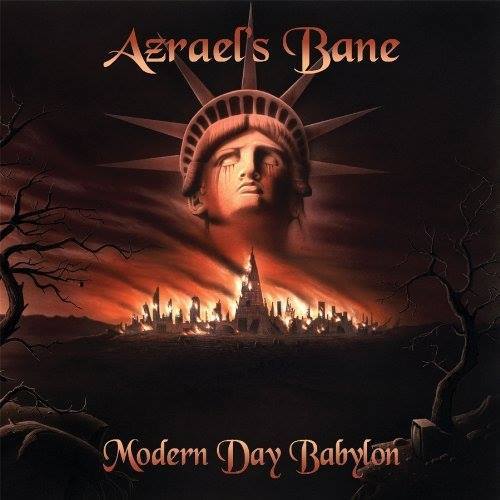 Texas’ re-activated melodic hard rock band AZRAEL’S BANE are proud to announce their signing to HIGHVOLMUSIC (USA) for the 2016 re-release of their two highly sought after albums “Wings of Innocence” (2004) and “Modern Day Babylon” (2009).

AZRAEL’S BANE vocalist Trey Gadler has checked in with the following update:

“The band and I are all very excited to announce our signing with HighVolMusic! HVM are great people who share our vision and game plan making them the perfect partner for us in getting our music out to the world. Stay tuned because this is going to be awesome!”

“We are super stoked to announce that Azrael’s Bane has signed with HighVolMusic! An amazing metal band, Azrael’s Bane is comprised of top notch musicians with their own signature sound loaded with crushing rhythms, blazing guitars, 5 part vocal harmonies and the man up front Trey Gadler. Welcome home boys…”

The band is currently writing music for their 3rd album to be released in 2017..

Azrael’s Bane have announced their reunion show to be held on October 17, 2015 at THE OFFICE live venue in their hometown of Houston, Texas.