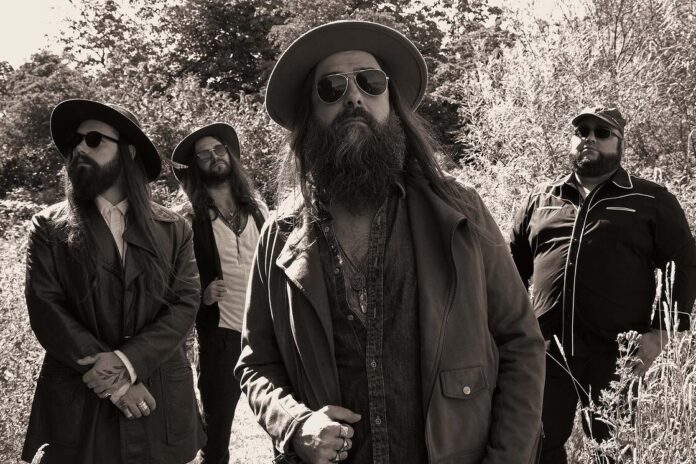 Derby’s hard rocking sons These Wicked Rivers have released a new version of fan-favourite bluesy-rock anthem ‘Testify’, available via all streaming platforms as well as on physical CD at shows. The track is accompanied by a brand new video featuring live footage from the band’s hugely successful festival season which includes stand out performances at Steelhouse and Stonedead festivals.

First recorded back in 2015, the band have since upped the ante in every dimension, adding new members, new instruments and bigger, better production for the 2022 release.

“We originally recorded the song for our EP II but we never really felt that our early recordings fully captured our live sound. Since Rich joined the band he has added harmonica, organ and vocal harmonies which have brought the song to the next level, so we wanted to bring the recorded version up to date and make it sound more like “us”. It’s quite a naughty song about a sexual connection that makes the experience feel almost like a religious awakening – it always goes down really well at shows.”

“We really feel that the songs have grown such much over the past 2 years, as have we as a band. By re-recording Testify it is us planting our hippie flag in the ground; this is who we are now and we want you all to be part of the journey.”

The band are currently on tour as Special Guests to rockgrass legends Hayseed Dixie, but will be taking a break from the tour this Friday for a special one-off hometown headline extravaganza at The Hairy Dog, Derby, raising funds towards the completion of their highly anticipated second album (due early 2023). With very limited tickets still remaining, and an incredible bill featuring Gorilla Riot and 28 Double, it is sure to be a very special night.

The release follows a busy summer for These Wicked Rivers, which saw them in the studio working on the follow up to their critically acclaimed debut album ‘Eden’, and touring all over the UK building a rapidly growing “family” of devoted followers.

With new music currently being road-tested at live shows be sure to catch the band at one of the following dates this Autumn:

**Hayseed Dixie not appearing at these dates

No rest for The(se) Wicked (Rivers)! Jump on in and enjoy!