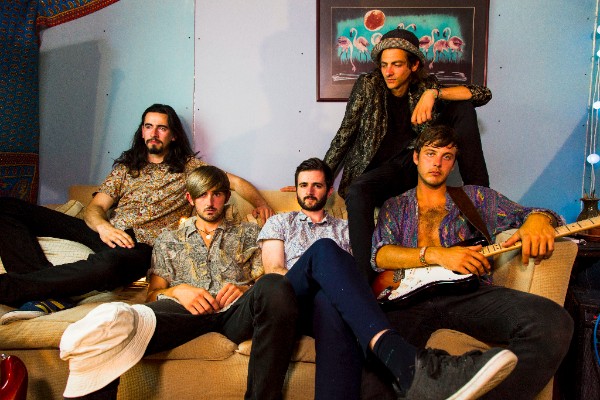 Kent five-piece We Are Bandicoot have been topping the lists of many throughout 2016 and their debut album “Temper” out Friday 18th November shows just why these inventive trendsetters are causing such a song and dance, literally.

Living together in a secluded farmhouse in Kent, the band have been busy sweating away all summer finishing their debut album “Temper” in their purpose built home studio. Cut off from civilization and phone signal, who knows what went on within the walls of the We Are Bandicoot live room, but whatever the conditions were, the band could make a fortune by bottling it.

There’s little doubt as to why these boys will be remaining tight-lipped with regards to how they cracked the code to creating such a triumphant and adventurous soundscape of synths, harmonies and experimental grooves for their debut full-length “Temper”. One thing’s for sure is that the hedonistic sounds crafted by these experimental musos are nothing short of the Holy Grail for the young and brave.

Recalling the likes of Pink Floyd, Jeff Buckley and recorded entirely live no less, “Temper” brings erotic guitar grooves and sweeping drums to deliciously compliment the inventive vocal hooks and harmonies from frontman Simon Briley, the likes of which have already secured the attention of more than just the Internet’s most revered bloggers. Not content with invading our screens, We Are Bandicoot have been attacking the airwaves in 2016 with multiple spins on BBC Introducing from Tom Robinson and plays coming from far and wide with Radio Kaos Caribou in France and The Justin Wayne Show in Montana, both championing the band.

Following shows with Broken Records, Moulettes and Heg & The Wolf Chorus and festival appearances at Boardmasters, El Dorado and The Great Escape, the trailblazers from the South East will be on the road from September to December supporting 90’s Brit Pop legends My Life Story, 60’s Rock legend Arthur Brown, Folk Rock favourites Blackbeard’s Tea Party and hosting an exclusive Album Launch Show in November.

“Temper” is released by Blizzard Records on 18th November 2016.

Catch We Are Bandicoot at a show near you: