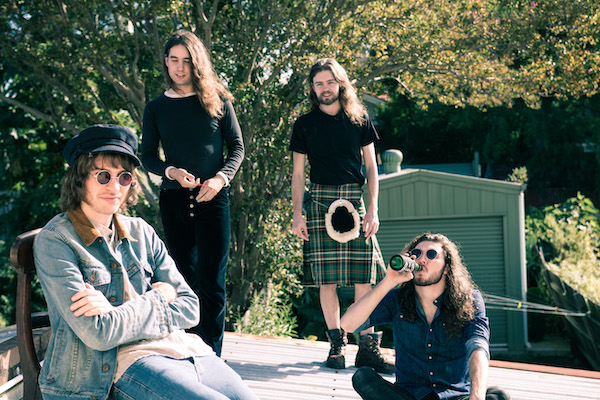 Irish-Australian rockers from Sydney’s inner west, FLICKERTAIL, (formerly The Bitter Sweethearts), have released their new live single, ‘Don’t You Let Me (Let You Down) – Live in the Studio’, available now on all digital platforms, out through Golden Robot Records.

FLICKERTAIL play guitar-fuelled rock and roll exactly the way it’s supposed to be played. Drawing inspiration from the likes of Thin Lizzy, the Dubliners, Airbourne and The Darkness, the band honed their sound in the garages and booze dens of Sydney before hitting the road in 2015 to showcase their unique sound at every pub, club and back yard along Australia’s eastern coast.

Their new single, ‘Don’t You Let Me (Let You Down)’ has been lifted from the upcoming live EP Afterlife, which is slated for release mid-year. The track features sizzling guitars, high-paced lyrics about parties and poor decisions and a balls-to-the-wall drum solo that could make John Bonham blush.

Listen to ‘Don’t You Let Me (Let You Down)’ HERE