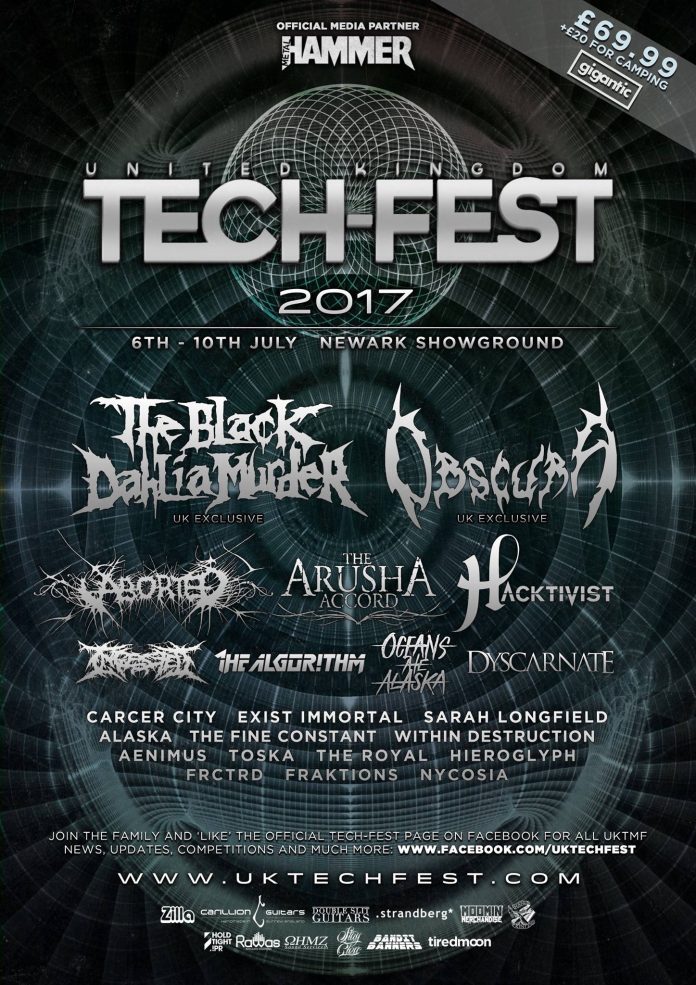 THE BLACK DAHLIA MURDER have announced they will play UK Techfest 2017 which takes place at Newark Showgrounds between 6th and 10th July, 2017.

Frontman Trevor Strnad is throwing down the gauntlet for the UK exclusive “It’s an honor to be one of the headliners of 2017’s UK Tech Fest.  There are a lot of great bands from all walks of the music scene focused around one common theme: the ability to shred!!!  Can you withstand this much fretboard fuckery?  I think not!”

They will join Obscura, Aborted, The Arusha Accord, Hactavist and many more already announced along with more headliners to be named.

For more info and tickets: http://uktechfest.com

Check out video for the track, “Threat Level No. 3“, taken from their recently released album, Abysmal. Written, directed, and animated by Adam Avilla (www.adamavilla.com), you can view it here: