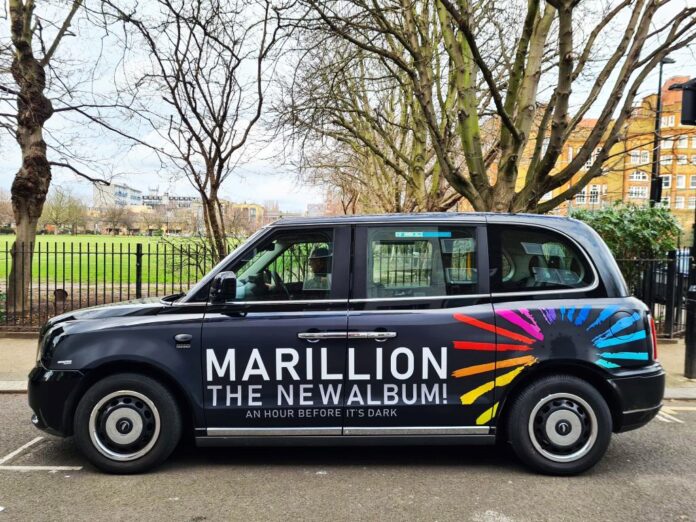 To coincide with the release of their album today, Marillion have emblazoned iconic London black cabs with the “An Hour Before It’s Dark” artwork.

Any lucky Marillion fan who spots and flags down one of the taxis can ask the cabbie to take them anywhere in London for free.

These special taxis will be on the streets of the capital for the 2 weeks of release (March 4 – March 14). Any Marillion fan that sees it simply needs to say the album title “An Hour Before It’s Dark” to the driver as a password, and their trip will be entirely complimentary. Additionally, they will be asked to take a photo of themselves (or let the driver take a photo), to post on socials, whether inside or next to the car.

“An Hour Before It’s Dark“, Marillion‘s 20th studio album, is anticipated to be one of the highest new entries in the UK album charts and is already being discussed by critics as a major landmark in their career.