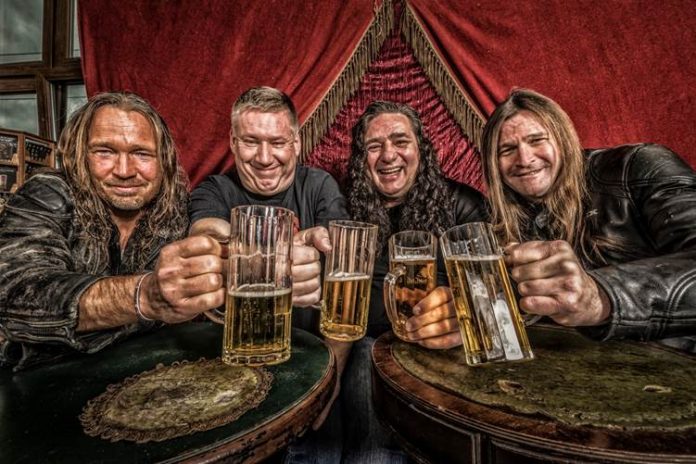 Recently the band announced a new version of their EP ‘Schwarz-Weiß wie Schnee’, which has been completely sold out for over ten years! The EP will be available via mail order and digitally on 15th September 2017 via Nuclear Blast.

Today, the band reveal the cover artwork for this upcoming EP. The artwork was designed by cult comic artist Michael Apitz, whose comics have been published for years in the stadium newspaper of Eintracht Frankfurt. 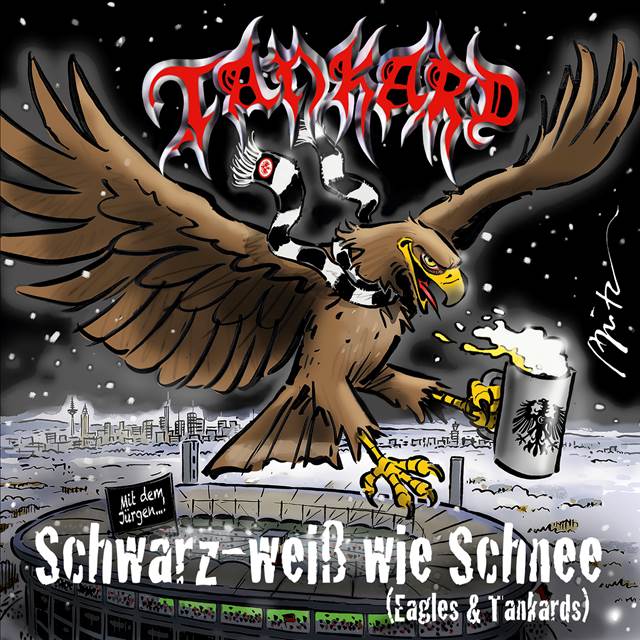 The Eintracht anthem – which has been played in the stadium for ten years, before every home game of Eintracht Frankfurt FC – has now been completely re-recorded by the band. The thrashers were supported by Henni Nachtsheim (Badesalz), Ande Werner (Mundstuhl) and Roy Hammer (Roy Hammer & Die Pralinées), who can all be heard in the backing choir.

TANKARD released their highly praised 17th studio album ‘One Foot In The Grave’ in June via Nuclear Blast Records.

You can order ‘One Foot In The Grave’ here:

‘One Foot In The Grave’ was recorded at Gernhart Studio (Troisdorf, Germany) together with producer Martin Buchwalter (Destruction, Suidakra) in January 2017. The new artwork was brought to life by Patrick Strogulski, who is a student of Sebastian Krüger, the former TANKARD cover artist. He also created the cover artworks for ‘A Girl Called Cerveza’ and ‘R.I.B.’.