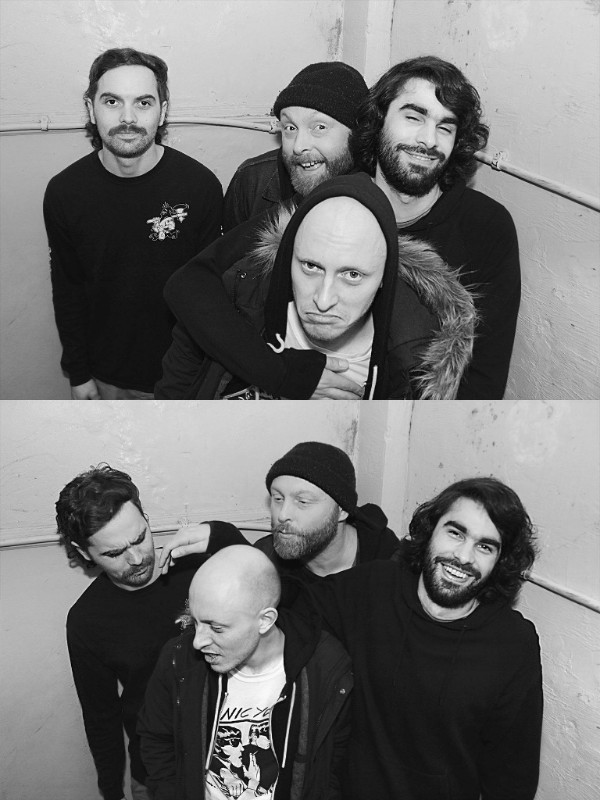 Swansea punk faves HOT MASS (featuring members of 33, Dividers and The Arteries) are pleased to present their debut album ‘Nervous Tensions’ which is streaming in full today.

The album is a co-release between Birmingham based record label All In Vinyl, Brassneck Records (UK) and Waterslide Records (JP).

‘Nervous Tensions’ is released today and is available both digitally from Bandcamp and on wax with a limited run of ‘duckegg transparent’ vinyl on sale now here.

Hatched out of the bedroom of front man Jenks’ South Wales bedroom, HOT MASS began life as a series of super-charged jams between members of Swansea bands DIVIDERS, 33 and former Paper + Plastick records favourites – THE ARTERIES.  Quickly finding their feet in the nuances between punk, garage rock and pacey hardcore they quickly racked up shows with the likes of Iron Chic, Gnarwolves and Tellison before entering Sonic One Studios with Tim Hamill to record album #1.

The resonant full-throttle instrumentation is matched in fervour by vocalist Jenks who hatchets his way through songs of ‘mid-twenties hopelessness’ narrating the “the transition points in life and major freak outs over what you’re doing, what you want to be doing and what you should be doing”.

If you’re born to riff then you’re born to riff – and so even if Swansea punks HOT MASS had wanted to play punk-rock-by-numbers, it was never going to happen. Instead we have NERVOUS TENSIONS a collection of scorching hot punk bangers awash with defiant upbeat lyricism and more guitar battles than you’d find on a THIN LIZZY record.