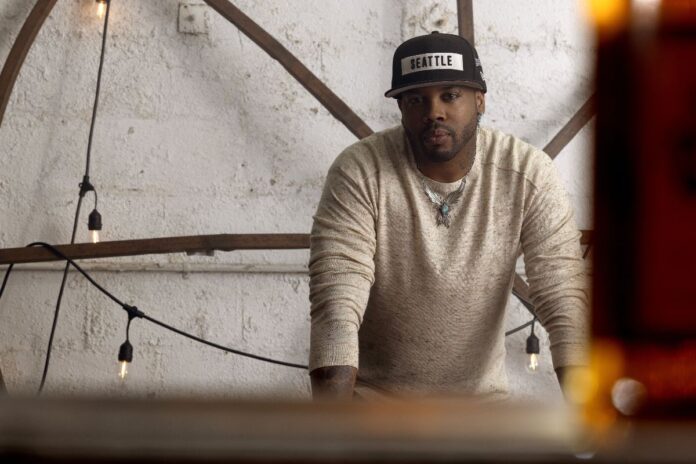 “It’s impossible to look around the world today and not wonder where it’s all going,” Jones admits. “It’s a cynical thought, but one that we all have to seriously consider— ‘Will I see tomorrow?’ That question is the inspiration behind this song. If you were placed on your deathbed in this moment, would you be happy about the life you’ve lived? Would you have regrets? The human experience is one that shouldn’t be taken for granted. We can’t control the cards that we are dealt or the actions of others, but we can choose to be present and live for the moments we have right now. Because once it’s all gone, it’s gone. How will the world remember you?”

One of America’s hottest breakout artists of 2021, Ayron achieved massive success with his US Top 5 debut single ‘Take Me Away‘ laying a foundation for multi-week No. 1 single ‘Mercy‘ and the Top 5 hit ‘Supercharged‘, all taken from his critically-acclaimed album Child Of The State. The 2022 iHeartRadio Music Awards Best New Rock Artist nominee scored his fourth Top 20 hit last week with his latest single, ‘Filthy‘. In addition to Ladygunn recently dubbing him “one of rock’s most diverse stars,” it seems Jones shows no signs of slowing down any time soon.

In the UK Ayron has wowed fans with headline shows and this summer blew away a huge audience opening the Download Festival. He’s also had huge amounts of critical acclaim with Classic Rock naming Child Of The State one of their Albums of 2021.

Hailed by American Songwriter as not only “one of the biggest up-and-coming names in rock music” but also “one of the biggest names in the genre,” the gritty rocker’s reach now extends well beyond his Seattle roots, having played alongside Run DMC; Shinedown; Public Enemy; Rakim; Jeff Beck; Black Stone Cherry; Theory of a Deadman; Spearhead; and Sir Mix-a-lot, who also produced Jones’ first independent record. Previously opening for iconic acts like The Rolling Stones, Guns N’ Roses, and B.B. King, Jones completes a headlining run of shows in the UK and France through November.

For a full list of tour dates and more, visit AyronJonesMusic.com