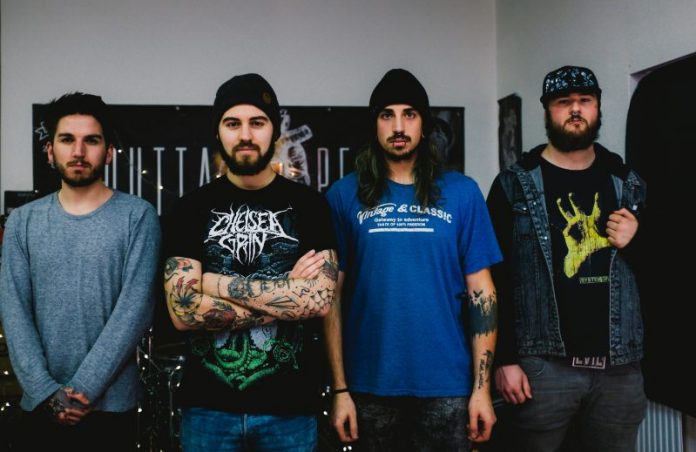 Emerging energetic heavy alt-rockers Outta Peak are set to stake their claim as one of the new breed of bands to break through in 2017.

The ascending foursome have just set loose their new video for Anything, which is lifted from the band’s acclaimed current album, Loveproof, out now.

Born in 2010 and originally hailing from Italy, Outta Peak now take up residence in Sheffield. To date, the pop-punkers have had an eventful trajectory. In 2012, they dropped their self-produced and self-released debut album, Never Forget Regret, to much acclaim. Personnel changes hampered the band throughout 2013, but by the following year, Outta Peak returned with a new line-up and a string of highly successful shows. The industrious unit went on to sign to Human Heart Records in The States, and released their debut video Dear Christy to an overwhelming response that spanned throughout America and Europe. The tunesmiths continued their climb with the follow-up single for Rest In Pieces, which was backed by the band’s first UK tour. By mid-June, Outta Peak set loose their sophomore full length album, Loveproof, to glowing support. The band also revealed the new video for First Of All My Passion in the summer, beckoning widespread plaudits and backing. It soon became pretty evident to the band that their future lay in the UK, so this Autumn, Outta Peak upped sticks and permanently moved to the UK.

The new track perfectly displays the band’s nifty ability to knit together punchy verses and colossal refrains that soar for eons. With tours and shows to be announced throughout 2017, the guys will be hitting a venue close to you very soon. Stay tapped into their social sites for more.