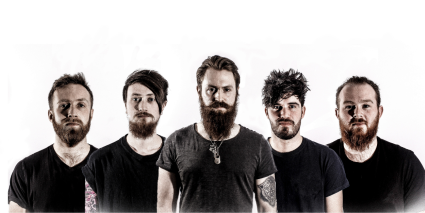 With their unique brand of angular rock and boundary challenging concepts, Syren City pull from a slew of artists stemming from Taking Back Sunday and Alter Bridge, through to Refused and My Chemical Romance. The skewed alternative outfit produce a sound that deftly bonds genres, and in doing so, is inventive, progressive and cinematic. The band unleash their blistering new EP ‘Paradise In The Dirt’ through all platforms on Friday 24th June.

Since their inception in 2011, the Bristol based quintet have hit the nation with a cluster of devastating live shows. During this time, Syren City have performed at many renowned festivals including Hit the Deck, opening for the likes of Brand New, Cancer Bats, Skindred, Don Broco and Frank Iero, and have supported everyone from The Hell, Roam, Black Foxxes, Max Raptor and Turbowolf to Mallory Knox, and have also sold out a series of headline shows.

The band’s ‘Escape’ EP landed in 2014 and racked up sterling reviews and coverage from a huge range of magazines and websites; Rock Sound featured the band, placing a track on the cover CD, and glowing praise streamed in from Metal Hammer, Powerplay Magazine, Punktastic, Stencil Mag, louderthanwar and Hit the Floor. The sassy hardcore crew have also picked up coveted radio play from Xfm and BBC Introducing. 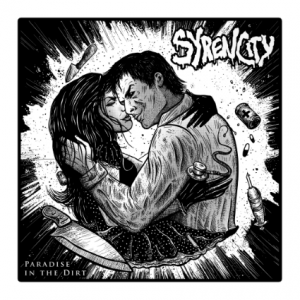 Now, backed by an army of followers, Syren City will cast the net out again with the release of their mesmerising new EP ‘Paradise In The Dirt’, which is part of a series of EPs that all have a conceptual thread and link. This first EP in the series packs together three concise slabs of twisted post-hardcore that will split your ears and brain in two. The South West rocksters have really pulled it out of the bag with this one. The thunderous ‘It’s Morphine Time’ kicks off the EP, and it’s an adrenaline-fueled ride complete with an unstoppable fist-in-air shout out refrain and colossal slabbing rhythms. ‘Danielle’ is further testament to the band’s deft ability to pen a tune stocked with not only highly engaging dynamics, real intrigue, and sheer intensity, but also a killer hook. Their forthcoming video single ‘10,000 knives’ draws the curtain on this stunning EP with its infectious groove that stomps and sways its way deep into your cranium. This track is ripe for the radio and the accompanying video sheds clear light on the concepts and themes surrounding this highly intriguing EP, as it promises to light up TV screens this Summer.