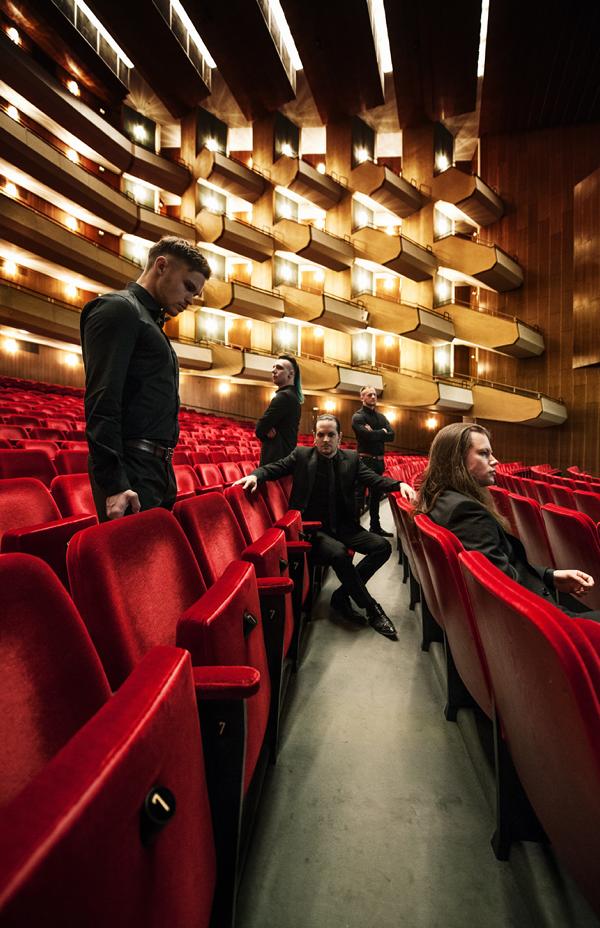 LORD OF THE LOST are back with their second ensemble album titled ‘Swan Songs II‘, set to be released on October 6th on Napalm Records.

To give some first and exciting glimpse of the band’s upcoming album, they have just unveiled a first lyric video for the track ‘Waiting For You To Die‘! Dive into the finest sinfonia tunes of LORD OF THE LOST and watch their brand new lyric video right HERE!

Founded in 2007, over the last decade the Hamburg-based dark metal group has become one of the most well-established and exciting acts the international scene has to offer. The band’s sound has always been a heavy ride traveling through many diverse dark genres, while never standing still and constantly in the process of reinvention.

LORD OF THE LOST features big melodies, aggression and emotions, fronted by Chris Harms’ impressive vocal range of styles that can abruptly leap from a sonorous clear voice to brutal death growls and wild screams. With effortless grace, LORD OF THE LOST have managed to establish their unique trademark sound while they create a contrast of musical extremes: Catchy ballads with hit-potential meet harsh metalcore-attacks, with no fear for excursions into the symphonic, industrial metal and heavy rock that goes straight into your heart and face!

With their Swan Songs-series LORD OF THE LOST showcase their ability to create fascinatingly heavy classical music. This is the second time the band have conjured their music with an ensemble album in such grandiose style.
A true opus featuring ten brand-new songs, which showcase tender strings and charming piano play with a heaviness one has come to expect from the band. Once more LORD OF THE LOST manage to deliver their songs with a new beauty and gloss, and prove that they cannot be reduced to their brute site only. ‘Swan Songs II’ is a touching creation with top arrangements!

‘Swan Songs II‘ by LORD OF THE LOST coming out October 6th on Napalm Records and will be available in CD, LP Gatefold and Digital formats. Pre-Order your copy HERE!

The tracklist reads as follows:

1. Waiting For You To Die

7. The Devil You Know

9. From The Brink Of The Other World

In support of their upcoming release, LORD OF THE LOST will heavily hit the road this year! Make sure to catch them live on the following dates:

LORD OF THE LOST to support KMFDM!
UK Shows: