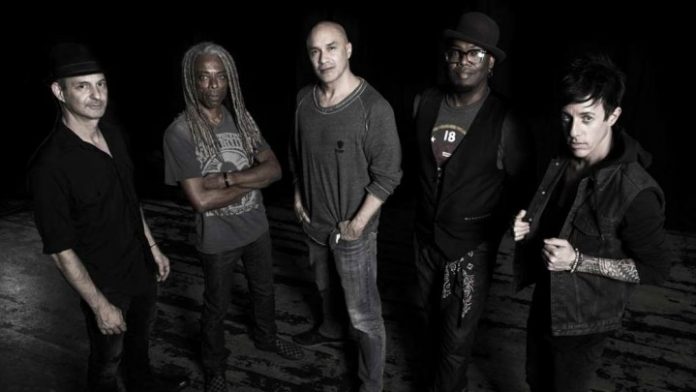 Frontiers Music Srl will release DAN REED NETWORK’s brand new record “Fight Another Day” on Friday June 3rd, 2016. The new album marks the anticipated return of one of the most infectious and gifted bands to come out in the melodic rock world in the second part of the 1980’s.  Originally formed in Portland, Oregon, DRN packed out local clubs from late 1984 through 1986 with their infectious mixture of hard rock, funk and soul.  The album will be supported by a European tour in June, including a performance at the Sweden Rock Festival on June 10th, and an album release concert at the 100 Club in London on June 15th.

Click here for the full announcement about the new album on Team Rock – http://teamrock.com/news/2016-04-04/dan-reed-network-detail-fight-another-day.

“It’s been 25 years since our last studio album The Heat was released, says Dan Reed, “and to be honest, I never envisioned making another DRN album despite countless people encouraging us to do so. With a mixture of fate and a collective of trusted friends and supporters in the business coming to the table, I’m excited to say we are poised to release a brand new record entitled Fight Another Day on Frontiers, home of many artists that we in fact admired back when we were first hitting the scene and before.”

“As for the sound and approach of the album, the band and I thought it would be a great experiment and interesting challenge to revisit what endeared the band to so many back in the day and deliver a rock record with funk and soul elements, strong melodies, but this time around incorporate even edgier lyrics while not losing sight that this release needed to be uplifting, infectious, and most of all, powerful when performed live. The title Fight Another Day represents the fact that after 25 years we were able to gravitate back to the passion we discovered playing together all those years ago.”