A Trip To The Palace 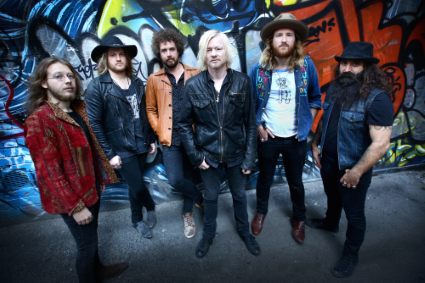 April 7, 2016
Reading time: 2 min.
Facebook
Twitter
Pinterest
WhatsApp
Linkedin
Email
Print
Telegram
Copy URL
By Andy Thorley
MV approved rockers announce album number two
Less than twelve months after releasing their critically-acclaimed debut album, Melbourne-based rock n’ roll nomads Palace Of The King are pleased to announce the upcoming release of their second full-length album, ‘Valles Marineris’.
Set to land on 15th July 2016 (via Listenable Records), ‘Valles Marineris’ deepens Palace Of The King’s footprint on the international rock music scene by expanding on the “raw, energetic, imaginative and boundary-pushing” (Dedicated Rocker Society) qualities of their debut through an all-new 10 track collection of blues and psych-infused hard rock.
Led by the bruising gospel-tinged riffathon of ‘Let The Blood Run Free’, Valles Marineris is both eclectic and unrelenting right through to the final eerie piano fadeout of album closer ‘Into The Black’.
Vocalist Tim Henwood comments “I feel like we’re really honing in on our own distinctive sound now. I love our early recordings but after travelling around the world and playing over 300 shows in our first three years as a band, we’re growing and evolving. It’s real, it’s from the heart and we can’t wait to let this one out of the box.”
Having always placed equal importance on the visual component of each release, the band once again enlisted award-winning tattoo artist Kristian Kimonides for the album artwork, whose original painting was inspired by the music and lyrics of Valles Marineris.
With extensive tour dates already scheduled in Australia, USA and Europe, 2016 is set to be Palace Of The King’s best and most prolific year yet. 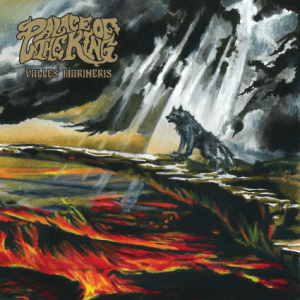 Palace Of The King is: