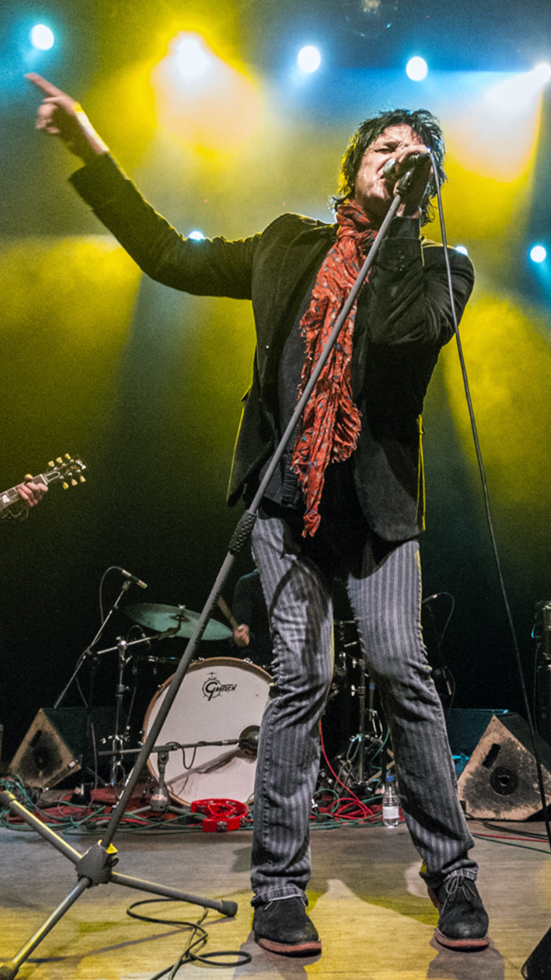 The album contains 12 brand new tracks plus 7 bonus tracks. The extra tracks comes from the soundtrack that followed with the book “Keep yourself alive“, and it’s the first time they’ll be released outside of Scandinavia.

“Sorry for the young” is the first single, with special guest appearance from ex Quireboy‘Guy Bailey‘ and produced by Kevin Porée. Video was made by The Duke of Honk Henrik Widen.

SULO (Diamond Dogs) cooks up a traditional British dish and invites along some of finest chefs for a greasy spoon of rock n’ roll”. Since Diamond Dogs called it a day after releasing their final effort “Quitters and Complainers” frontman Sulo Karlsson been a very busy man. Sulo has seen active duty touring and recording with his UK supergroup The Crunch (Terry Chimes (Clash), Dave Tregunna (Sham 69), Mick Geggus(Cockney Rejects), releasing a country duet album “Sulo’s Brilliant Outsiders” that saw him share the microphone with artists such a as Maria Mckee, Bellamy Brothers, Paul Young, Janis Ian and more as well as releasing an Americana masterpiece with The Piggyback Riders featuring legendary U.K. guitarist Chris Spedding. But even if Diamond Dogs is now history, his deep love for British 70′s rock by the likes of Rod Stewart, Frankie Miller and Mott the Hoople has not cooled ‘Sulo’s Full English‘ and kicks off in classic Diamond Dogs fashion.

12 newly penned tracks sounding, smelling and tasting like swinging London 1973. The album combines soul, country and all the ingredients that used to make rock n roll great – backed up by some of the finest musicians in Britain including Chris Spedding, Jamie Moses, Chris Parks, Melvin Duffy and more. ‘Full English‘ is produced by Kevin Poree(James Brown, Radiohead). From the opening chord of the heavy rocker “Lady Jane” to the final breath of the smoky ballad “My Bounty From Above” it’s all killer and no filler and all guided by the blue-eyed soulful raspy voice of Sulo. And if that wasn’t enough you’ll get “The Full English Extras” with tracks taken from the soundtrack of Sulo‘s book project “Keep Yourself Alive“. This includes exclusive guest appearances from Wilko Johnson, Spike (The Quireboys) and tracks co-written with Billy Bremner (Rockpile) and Robert Wyatt. ‘Full English‘ is a total of 19 track high calorie loaded tracks. That’s what you call ‘A FULL ENGLISH‘.