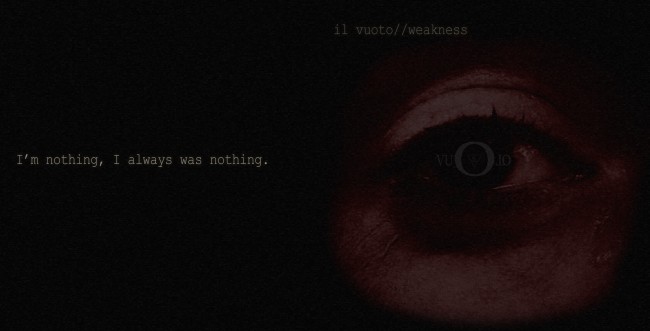 “Weakness”: the first observation of distress by IL VUOTO.An observation of self-harm, perdition, depression and the self-destruction of a life.If sorrow could have a sound that would be Il Vuoto’s noise. ” Which is how the band choose to  introduce their new record

Influenced by the coldness of Shape of Despair, the melancholy of Monumentum and Nortt’s lo-fi malevolent aura, Il Vuoto crafts its own cocktail of “noisy” Funeral Doom Metal. However, Il Vuoto has an even noisier side, as shown on its demo Rehearsal vol.1, which features an extremely drone aspect of doom metal by the likes of bands such as Earth and Sunn O))).

Starting at the bleakest dawn of 2015, this north Italian one-man project, leaded by Matteo Gruppi (also mastermind behind the Chiral moniker), has released an official 3-track demo (Sea of Emptiness) in May of the same year, while at the end of August he’s ready for its follow up: a full-length entitled Weakness.

Weakness, introduced by the band itself as “the first observation of distress by Il Vuoto”, presents a collection of heavy mournful moments tinted with softer clean parts full of claustrophobic depression. Strew field recordings and orchestral elements are added to increase the feeling of discomfort and bring the listener into a downward spiral of emptiness and resignation.
They finish off by summing up their music in just one sentence: “Il Vuoto is the noise of sorrow and distress.” 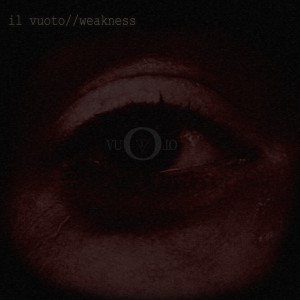 1. And Night Devours Me
2. The Harvest
3. Sea of Emptiness
4. And Night Took Her
5. Through Mirrors I Saw The Ghost of Me
6. I, Essence of Nothingness
7. Closure XXVII