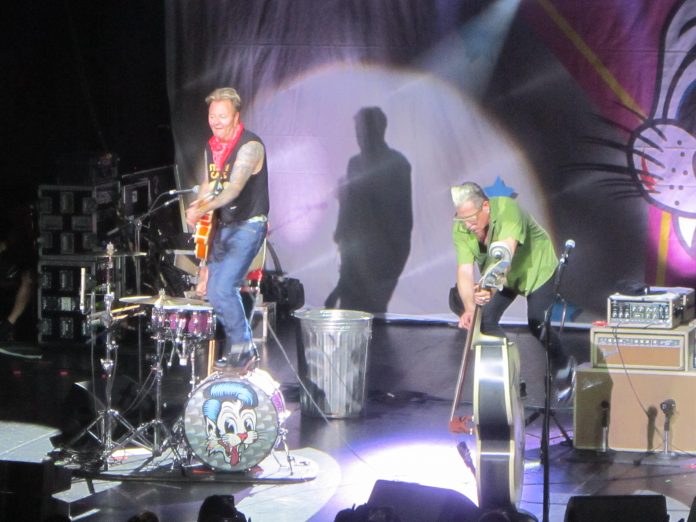 When you’re a three-piece rock n roll band, with an upright bass there’s no point in hiding it, but as The Living End’s Chris Cheney points out: “if it wasn’t for The Stray Cats, you’d be watching some other shitty band, cos we wouldn’t be here…..” In fairness to the Aussie he’s only half right, because TLE are anything but “shitty”.  Given 40 minutes to impress a sold-out crowd, they set about the task with relish and aplomb. “Till The End” is superb, as is “Death Of The American Dream” from last years “Wunderbar” record, and “How Do We Know” adds a bluesy side to it that hadn’t been there before. Probably because they’re Australian (or just because Angus and the lads are so damn good) there is a couple of AC/DC riffs, either side though there is a Gypsy stomp about “How Do We Know”. This, though is mostly about fun, and to be honest, any set which contains a song called “Uncle Harry (Pisses In The Bath)” probably isn’t meant to be taken too seriously – which is just fine, because this is all about dreams, very obviously coming true. Cheney had suggested earlier, while playing that intro to “Smells Like Teen Spirit” that: “while everyone else in High School was playing shit like that, we were playing “Stray Cat Strut”. It was with nights like this in mind, and good luck to them. 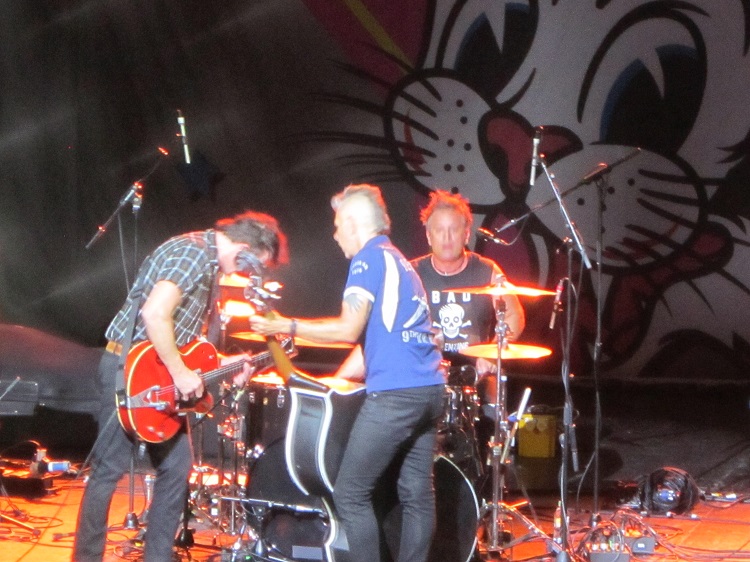 “Well c’mon everybody and let’s get together tonight. I got some money in my jeans and I’m really gonna spend it right. Well been a-doin’ my homework all week long. And now the house is empty and my folks have gone. Ooh, c’mon everybody.”

Those words play Brian Setzer, Lee Rocker and “Slim” Jim Phantom onto the stage tonight and the reason for putting them right at the top of the review of The Stray Cats first gig in Birmingham in 30 years is simple: Eddie Cochrane’s song represents the very soul of escapism, of youth, of possibilities, that Stray Cats still represent.

And ok, if this packed crowd might not be able to tap into what we might call “youthful exuberance” anymore, then you’d best believe that we all still get it.

Stray Cats are here, to celebrate their “40” album, which was released last month, which in turn was a celebration of their music and their career.

Credit to them too, for not making this wonderful 90 minutes just about nostalgia and instead starting with a new one “Cat Fight (Over A Dog Like Me)” is brilliant too, brimming with fun and no little skill. 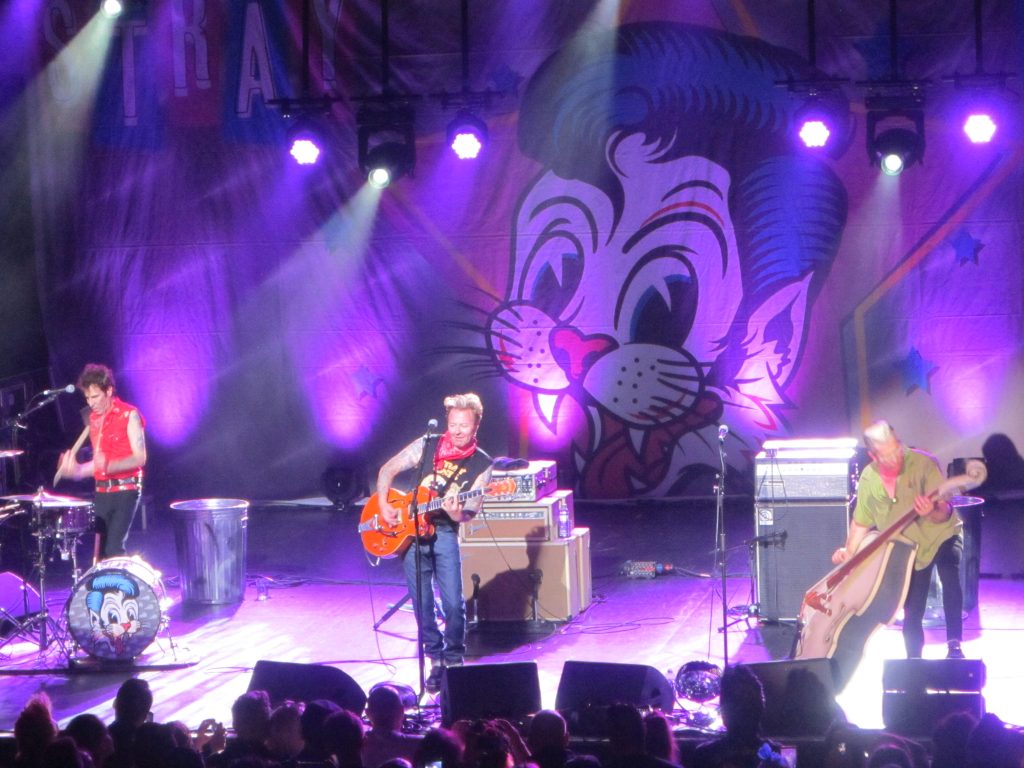 After this, though, they are right into the classics. “Runway Boys” from the debut, is greeted like an old friend – which for many of the people here it probably is – and that basically sets the tone for the whole thing.

New ones – “Three Times A Charm” and “Mean Pickin Mama” – are sandwiched between work like “Stray Cat Strut”, which I can remember watching on Top Of The Pops as a little lad, while my dad explained to me what a “Teddy Boy” was. It’d be nice to think that some kid, somewhere here’s “Cry Baby” or the like and gets the same buzz.

The three are incredibly slick and know just what they’re doing, and they appear as ageless as their music. Rocker – dripping with sweat as each gives his all – takes the lead vocals for a couple, the new album’s highest point “When Nothing’s Going Right (Go Left)” and “Bring It Back Again”.

In between, “She’s Sexy + 17” comes into the “they’d never get away with that these days” category, but the fact that it, rather like “Fishnet Stockings” a little later belongs to a different time, is actually part of the innocent charm, and watching Setzer play his guitar from atop Rocker’s bass, as it builds to a climax, is much fun.

“Rock It Off” – the one from “40” which essentially offers the thought that rock n roll can cure what ails ya – forms one third of the encore, while the last, “Rumble In Brighton” is primed and ready for a scrap. And that too, is just fine.

I tweeted a picture of this last night as the band came onstage with the words, “whatever gig you are at tonight ain’t as cool as this” and I’ll stand by that, but if we go back to the beginning, so to speak, Eddie Cochrane plays them off again. “Ain’t no cure for the Summertime Blues” he sings. I am not sure, maybe you just need to watch The Stray Cats purr like they did here.