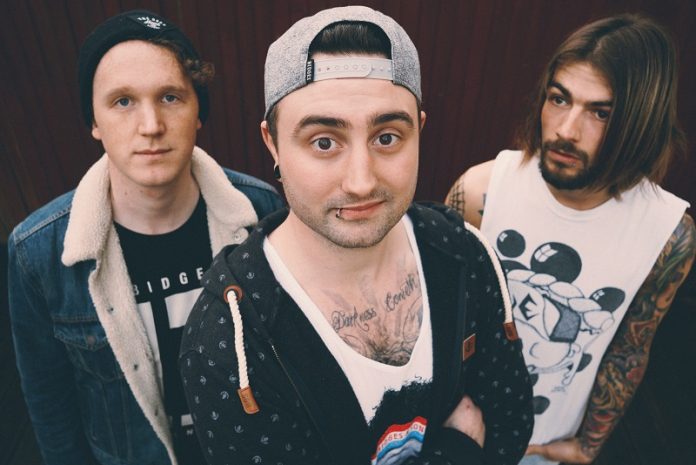 Much acclaimed South West pop punkers One Man Boycott are back from the brink with their explosive new video single Stockholm Swing, which is taken from the band’s highly praised debut album Counting The Seconds.

The foursome have released the ultra-magnetic, Stockholm Swing, watch it here.

Conceived by songwriter and vocalist Joe Brewer, One Man Boycott was originally a solo endeavour. However, as Joe missed the band interaction and had the tendency to ink songs that deserved a more expansive platform, he recruited Lewis Chappell on guitars, bassist Tom Hitchins, and Frank Rawle on drums. Swift momentum ensued, and before long the band’s first album, Counting The Seconds, was released, and deservedly received widespread critical acclaim, earning support from various media outlets, including regular coverage by the BBC. Rock Sound Magazine widely championed the band, describing Counting The Seconds as ‘one hell of a good time’. Prominent UK and European shows and touring followed until Frank Rawle abruptly left the group to travel the world. Adding to the band’s problems, Brewer suffered a series of vocal issues which halted One Man Boycott’s ability to play live and even rehearse.

Never ones to quit and back down from adversity though, the band regrouped. They drafted in Mikey Morgan on drums, Joe received vocal treatment, and the foursome soon began to work on fresh material. After countless hours served in the practise room, One Man Boycott rose with even more vigour and belief. With tour dates lined up for this Spring, a brand-new EP waiting in the wings for the summer, and the release of the band’s current video single Stockholm Swing , One Man Boycott are here to stay, and are set to take over your world.