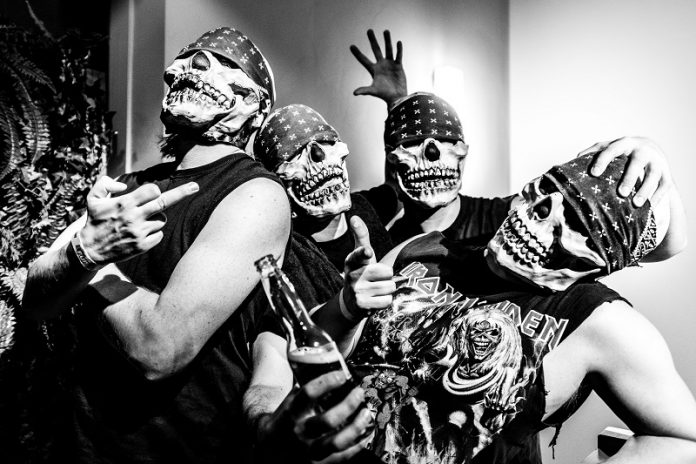 Swedish crossover kings DR LIVING DEAD! are set to enter the studio this weekend to record their fourth full length album, the follow up to 2015’s ‘Crush the Sublime Gods’ released via Century Media Records.

The recording will take place in Studio Rovljud in Örebro, Sweden and will again be helmed by Martin Jacobsson and Anders Alexandersson who both worked with the band on the previous effort as well.

Comments DR. LIVING DEAD! : “This album is way overdue and we are proud to announce that this is finally happening.  We promise a hard hitting and dynamic piece of crossover in your ugly faces. If not, we strongly encourage you to bitch about it online. A big thank you to everyone who supported us up until now, you know who you are and we look forward to unleashing new music for your ear pleasure!”

The as of yet untitled album is set for an Autumn release via Century Media Records, with touring to follow.

For the latest updates on the band and studio diary, be sure to visit:
www.deathfuckingthrash.com