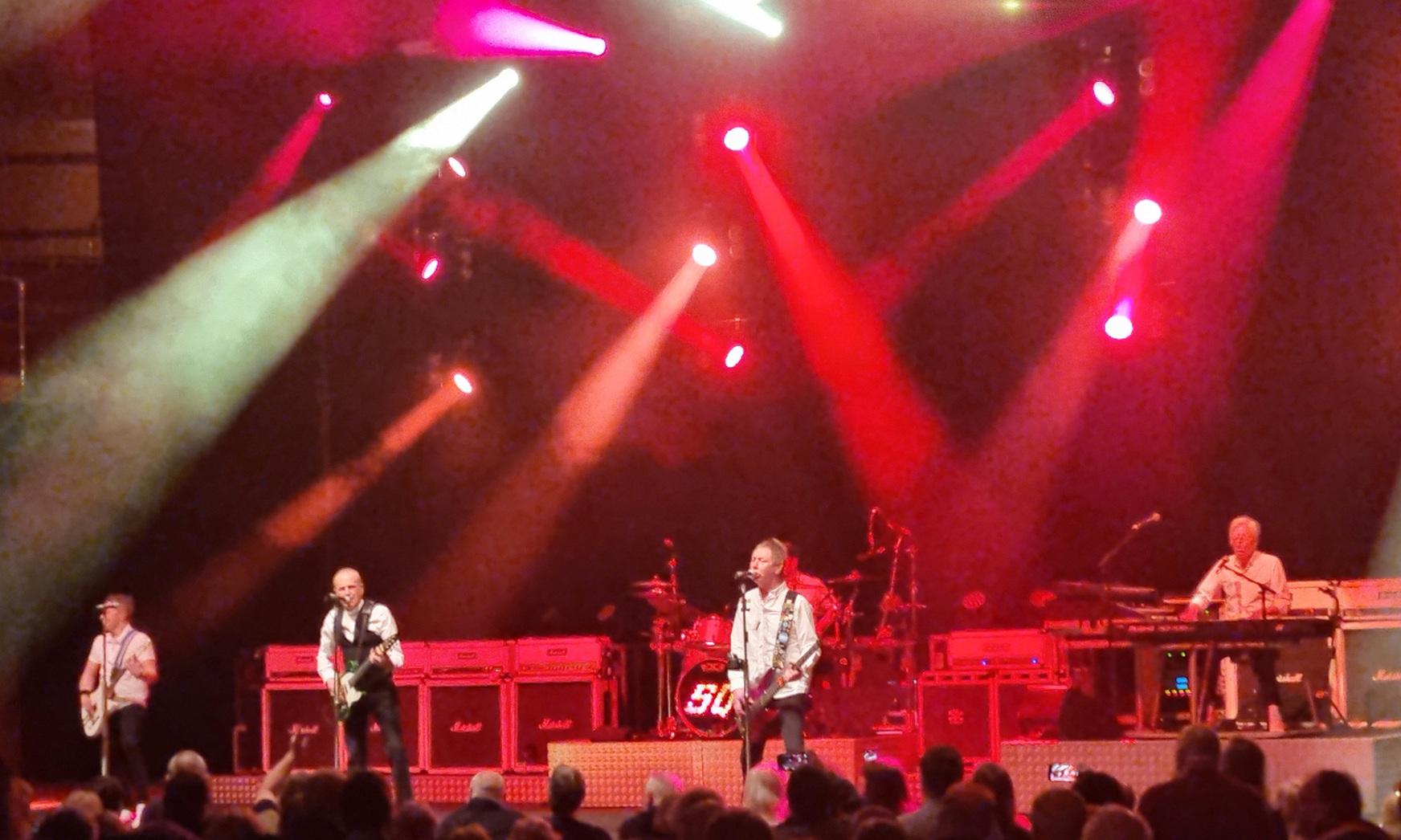 The last time I saw Laurence Jones was December 2019 in a small venue not too far from here. That night, I wrote this: “Because, the thing about Laurence Jones is this: whenever he’s got a guitar in his hand, he looks happy.” That is absolutely the case tonight.  The fella has had more ups and downs than most – and it’s easy to forget that he’s still a young man. This is a new look band too, and my, they have come with a real edge. Older songs like “What’s It Gonna Be” have been injected with a certain something here and this is a real power quartet now. Jones’ guitar playing too is more riff-based and less blues than it used to be and there’s a new song to celebrate, “Anywhere With Me” is a hint at something special and likewise “Can’t Keep From Loving You” sees him cut loose with a solo, and he looks thrilled and in the moment, as it were, like he always used to. Bennett Holland’s organ underpins “Don’t Need No Reason” and the rhythm section of Samuel Jenkins on Drums and new bassist Jack Alexander Timmis, offers a brand new grit, and just when you are working out a way to get your Jimi Hendrix comparisons in, they make the job easy for you by ripping through “Purple Haze” like they mean it. It’s tough to make a judgement on a new look in half an hour in front of someone else’s gear, but I’ll say this. Laurence Jones is very much back, reinvigorated and it suits him so much better than some of his work over recent years.

Francis Rossi doesn’t strike you as a man to be serious too often, but when he addresses the packed crowd at the beautiful Symphony Hall tonight and says: “we worked hard on these rehearsals, as it was very important to us that the shows were at least as good as they were the last time we played.” It is a rare sombre moment.

And therein lies the rub. The last time they played was two and a half years ago, and its got to be hard to find the motivation to come back out when you put your first album out 54 years ago.

The thing is though, Status Quo are an institution. They have been part of my life for almost 40 years since I bought “Ol Rag Blues” as a single in the Co-Op that my gran worked in. And institutions, they won’t die, indeed they shouldn’t die. They mean things to people. That is not to send us down the road of all our yesterdays, its just to point out that Status Quo are too much part of the fabric to see them go.

And you’d best believe that before the band have even come out on stage the atmosphere is palpable.

Then “Caroline” hits and that’s it. The band are back. One of the finest outfits that’s ever come from these shores, are back in the groove. Moreover, so are 2000 Brummies. It’s worth reflecting for a second on the cross section of people that are here, all ages, people that have been longing for this, and are simply here to have a good time with these songs as the soundtrack, the five men on stage in this scenario are merely a conduit.

Fair play to Quo, too. This is a really well thought out set. Old songs, like “Rain” and “Softer Ride” is perhaps a given, but what pleasantly surprises is that there are four songs from 2019’s “Backbone” record. Most bands of this vintage wouldn’t do that. With typical self-deprecation, Rossi calls this “the Help The Aged section” and lets be honest, he knows that people usually want to hear what they know.  “Get Out Of My Head”, though, underlines a couple of things. First, its really good (as is the album) but second is it’s a vehicle for Richie Malone to sing. Richie has some big shoes to fill, lets be honest and Rick Parfitt is sadly missed – but Malone does a brilliant job throughout.

There’s the usual medley they have been doing for a decade or more,  and a couple more before “Liberty Lane” ends the final pair of new tunes (“don’t worry,” deadpans Rossi, “after this it’s a race to the finish.”)

He’s not wrong, either. Good grief, the last half an hour is simply all you need to know to understand that this is amongst the finest we’ve ever had. “In The Army Now” is a singalong, “Roll Over Lay Down” isn’t eclipsed by much, but “Down Down”, “Whatever You Want” and “Rockin’ All Over The World” will do that. It’s interesting to watch Rossi in the latter – also the last in the set – as he looks at the three tiers of people, smiling, dancing and doing just what they always do at Quo gigs. In this moment he must know that he – and the others – still have it.

They encore with the brilliant “Paper Plane” and 50 years on it sounds as fresh as it ever has done, plus the crowd sings it, just like always.

The more things change, the more they stay the same, I guess and Status Quo are still marvellous. There might be better gigs than this on 2022, but nothing will be this much fun, and that is, surely, the point.