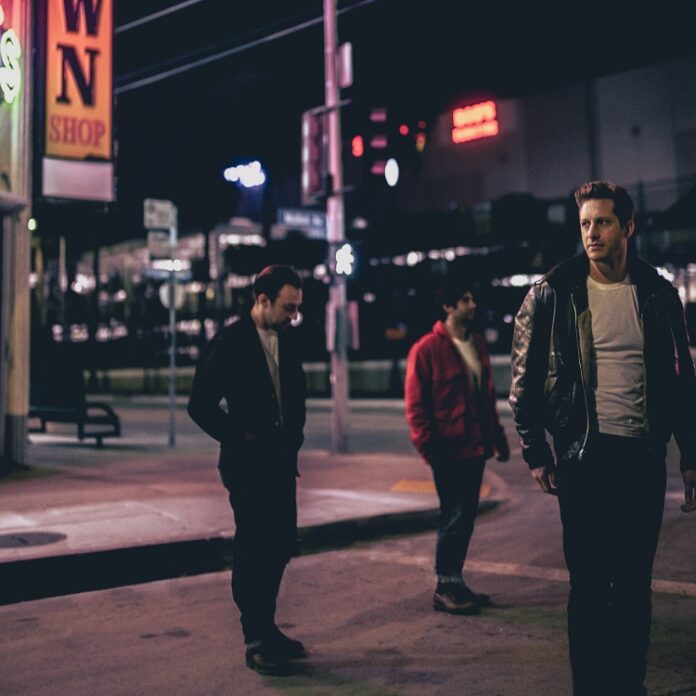 The Los Angeles-based band The Americans return today with their new single ‘Stand True’, the title track taken from the band’s upcoming album, released 6th May on Loose.

The track, which also opens up the new album, showcases the group’s riveting grip on storytelling, dynamics and melodic hooks that leave listeners cemented to their speakers. Patrick Ferris (vocals/guitar), Jake Faulkner (bassist) and Zac Sokolow (guitarist) collide to deliver a moving collection that lands somewhere between Bruce Springsteen, John Mellencamp and The White Stripes.

Following their 2017 debut album, I’ll Be Yours, The Americans took a step back, regained focus, and went into Big Bad Sound studios in Los Angeles to carve out an album of material that “is more our own than ever before,” the band confirms. The overall touchstone of Stand True, which the band self-produced, is devotion in the face of loss.

When listening to Stand True it becomes evident why revered producer T Bone Burnett has called the band “genius twenty-first century musicians that are reinventing American heritage music for this century. And it sounds even better this century.”

‘Stand True’ is released 6th May on Loose on LP, CD and digitally.