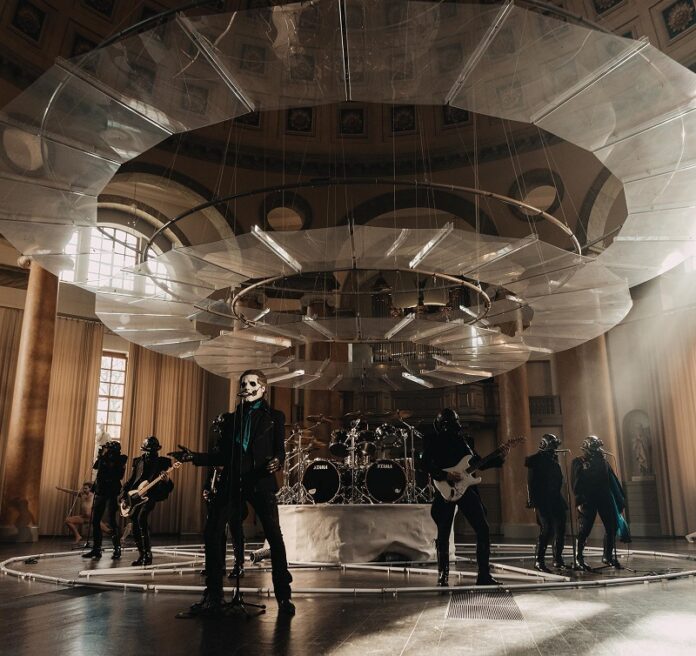 From the pages of the gray lady to the silver screen… Ghost presents the phantasmagorical video for “Spillways,” rendering the irresistible earworm of IMPERA’s latest single — a solid contender to continue the band’s streak of Rock Radio #1s (IMPERA’s “Call Me Little Sunshine” and “Hunter’s Moon” bringing Ghost’s career total to five consecutive #1s) —  in majestic visual form courtesy of director Amir Chamdin. To lose yourself in the cinematic world of “Spillways,” watch HERE.

In other Ghost audiovisual news, MTV is currently in the midst of a massive 10 full-length broadcasts of Ghost’s 6-song “Live From The Ministry” ritual in its entirety on MTV Live. Check local listings for remaining specific dates and times.

Finally, for the North American faithful anxiously awaiting another taste of Ghost in the flesh, Papa Emeritus IV and the Nameless Ghouls will once again bring the “euphoric spectacle” (ROLLING STONE) of its live ritual to North America for the next leg of its globally dominating IMPERATOUR. The North American IMPERATOUR will see the GRAMMY® Award-winning Swedish theatrical rock band headlining 19 arenas across the U.S. and Canada (plus an appearance at Virginia’s Blue Ridge Rock Fest), kicking off August 26th at San Diego’s Pechanga Arena and running through September 23rd at the Resch Center in Green Bay.

*Ghost and Spiritbox only