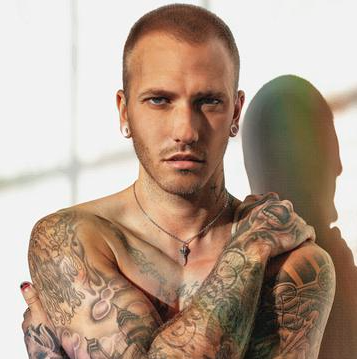 4 years ago singer-songwriter and producer Kulick went on his first nationwide tour with Sleeping With Sirens. Now he has just released a new track ‘Goner’ reuniting with Sirens’ singer Kellin Quinn.

The Pennsylvania-based artist says “Goner is a song that I wrote in 2016 when I first started my solo music career. When I went on tour with Sleeping with Sirens I asked Kellin Quinn if he would want to sing his own verse. I gave him a folder of songs to choose from but this one resonated with him, so I knew it was meant to be. This is a song for the loners who just feel free out in the world, searching for something greater than themselves.”

The stand-alone single follows his 2nd full-length album ‘Everyone I Know Will Die’ which debuted in early 2022 via ENCI Records. Stream the album HERE.

The musician, who was born half-deaf, recently told his story to Kerrang! Read the article HERE.