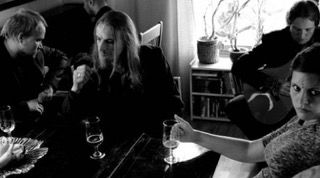 Recently we announced details on the debut album from Finland’s The Exploding Eyes Orchestra which is set for release on 15th June via Svart Records (Messenger, Beast Milk).

The band feature 5 members of Jess & The Ancient Ones and they have posted a 2nd track online which you can listen to here.