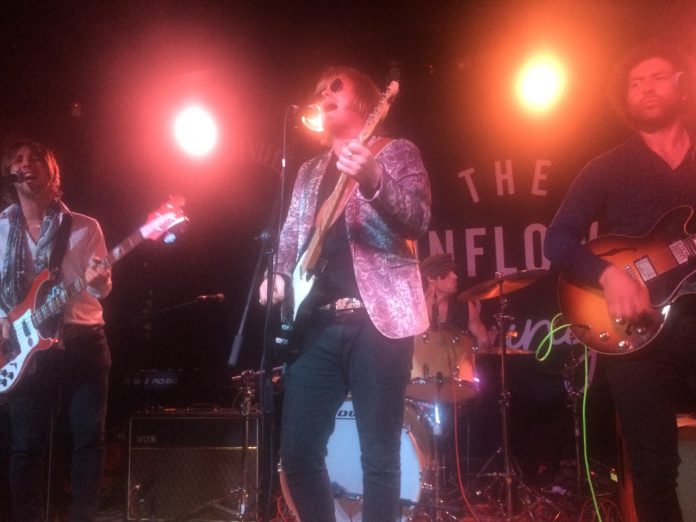 When two of the best of the new breed get together, something magical happens

Shrewsbury is, as Rainbreakers frontman Ben Edwards rather sagely notes, “close enough to Birmingham, but far enough away…” It’s a vibe that suits the Shropshire based four piece. There’s enough grit in their blues to ensure plenty of work down the M54, and yet there is something of the laid-back countryside about them too. As when we saw them support Danny Bryant recently, this is an exceptionally polished set from one of the most full of potential young bands around. Like the set with 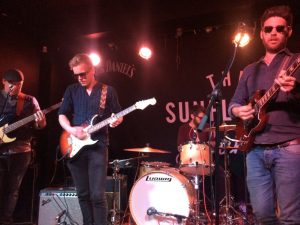 Bryant, much of it is culled from their brilliant new “Rise Up” record. It is no exaggeration to say that this five-tracker breathed new life into blues. They largely did this by merging it cleverly with soul, as exemplified by the quite gorgeous “Waiting On You”, while the title track adds a dollop of sweet funk, but also features some blistering lead work from guitarist Charlie Richards. It is this gleeful blurring of the lines that marks out The Rainbreakers as so special. Afforded a little longer here than they expected, they fill the time with “On My Knees” before ending things with a track from their first album “Ain’t Nothing Going On” – which brings a kind of Hendrix crunch to proceedings. Forget stormy weather, Rainbreakers are not far away from a very big break indeed.

There are bands that don’t do “rock star” very well and that’s just fine, but isn’t it great to see that there are bands around again that don’t embrace the idea that rock n roll outfits are supposed to look cool, so much as live their dreams of being stars.

The four piece from Warrington take to the stage with all the confidence that comes with having just released an EP as good as “How Animal Are You?” which came out earlier this month. But if they look the part, then you best believe that Slydigs can back it up.

Somehow, the quartet (they are also joined by bass player Ben Breslin’s brother Ryan on keyboard and piano) have captured the very essence and spirit of rock n roll.

There’s a dash of The Stones here (especially when they slow it down to play “Rattlesnake”) ,a touch of T-Rex and there’s even – perhaps – a tinge of early Oasis when they were a gang who didn’t give a shit, but largely there is a great band in waiting.

All of “…..You” is played during the course of the set (“it’s not even subliminal marketing” jokes frontman Dean Fairhurst “we’re just bombarding you with it so you buy it”) but you can bet your bottom dollar that the stomping next single “Give It Up Brother” and the title track will be in their set for years to come.  Likewise the delta blues of “Truth Will Be Found” shows their other side – and dare we suggest that if they were some over hyped band from America (hello, Rival Sons…..!) Slydigs would already be halfway to bigger venues by now.

It is, however, only a matter of time. “Electric Love” and the Credence Clearwater Revival infused “Railway Road” prove that, and the emotion packed “To Catch A Fading Light” could become their anthem.

The size and layout of the venue might preclude an encore tonight, but whatever, “Stiff Upper Lip” is like some lost Georgia Satellites tune with the piano to the fore, and “Love That Keeps On Giving” is a lively conclusion.

Surely this is  just another stop on the road to something more fitting of their sound and talent. So dig this. Slydigs are going to be very big. Get on board, you are only going to claim you always loved them in ten years’ time anyway so you might as well do it now.