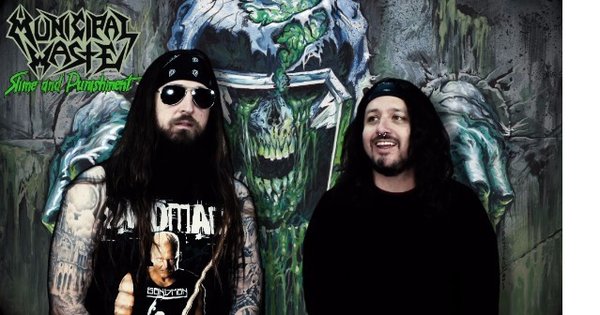 Tony Foresta and Phil “Landphil” Hall recently discussed what it was like recording at Phil’s studio, Blaze of Torment.

“Tracking at home makes it a lot less stressful,” comments Phil “Landphil” Hall. “We don’t have to worry about looking at the clock or answering to anybody else’s schedule. We just set our own schedule and make the album happen in a way that is convenient for us..”

Last week, the band released the first single, “Amateur Sketch” which can be heard here:https://youtu.be/paVC2vvMfUg?list=PLB4brr7vf-P6NLL6pMqjWmfU9gzBxjX1e

The cover artwork for the sixth album was created by the bands good friend, Andrei Bouzikov. This is the fourth cover he has created for them as he was responsible for the art for Massive Aggressive, The Art Of Partying, and the split with TOXIC HOLOCAUST – Toxic Waste.

Previous article
Here They Are, Dancing Like A Hurricane
Next article
Fun With Figures