March 31, 2016
Reading time: 2 min.
Facebook
Twitter
Pinterest
WhatsApp
Linkedin
Email
Print
Telegram
Copy URL
By Andy Thorley
Zakk is a modern day Simon and Garfunkel
Guitar icon ZAKK WYLDE today has debuted an all new music video for the track “Sleeping Dogs” from his forthcoming solo LP. Long-time collaborator Justin Reich was welcomed back to direct.  “Black Label Brethren O’ Doom Father Justin Reich did another amazing job directing the video,”says Wylde. “I asked Father Justin to capture the sights, sounds, smell and feel of the first day my parents dropped me off at kindergarten. Watching the video made me realise why I’m so fond of reading and vegetables.”
Grammy nominated SLIPKNOT and STONE SOUR front-man COREY TAYLOR appears on the “Sleeping Dogs” album version as well. Wylde continues, “Having Father Corey Taylor’s brilliant voice sing on ‘Sleeping Dogs’ fulfilled my vision of the two of us as the modern day Simon & Garfunkel. We may not be as legendary, talented or as handsome as those two, but we’ve eaten at some of the same restaurants as them.” 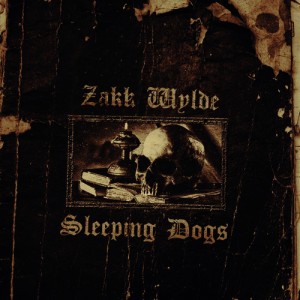