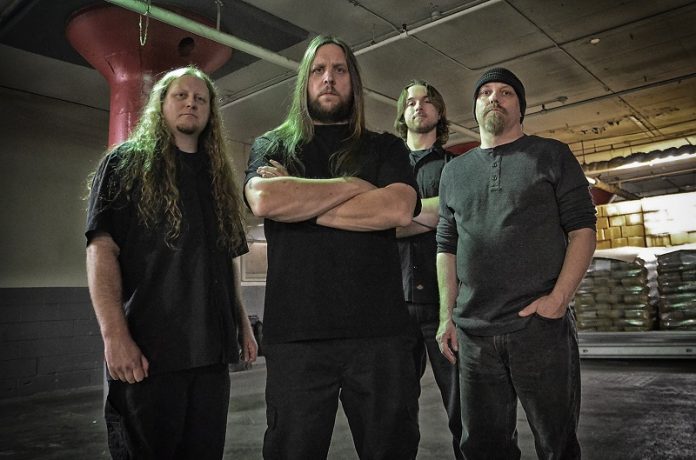 Reinvigorated US death metal maestros Morta Skuld have completed work on their new studio album, & first full-length release since the ‘Surface’ album in 1997. Titled Wounds Deeper Than Time, the band has reunited with original label Peaceville Records for this latest opus, set for release on 17th February 2017.

Dave Gregor had this to say about the upcoming release:
“It is such a pleasure being back home on a label we started out with years ago, Peaceville still to this day has a great roster of bands and have stayed true to underground music. We’re happy to be home again where we started. This album brings an old school death metal feel with a degree of technicality. The new line-up brings a fresh feel but still in the Morta Skuld vein & the songs/vocals are a fine continuation of the Surface album we did years ago. This is definitely the strongest line-up we have had, and can’t wait ‘til you all can hear what we have been working so hard on for the last year”

Morta Skuld formed in Milwaukee in 1990, going on to release three albums on Peaceville Records (initially via legendary sub-label Deaf Records) in the early-mid 90’s.

Wounds Deeper Than Time will be released on CD, LP with download code & digitally.