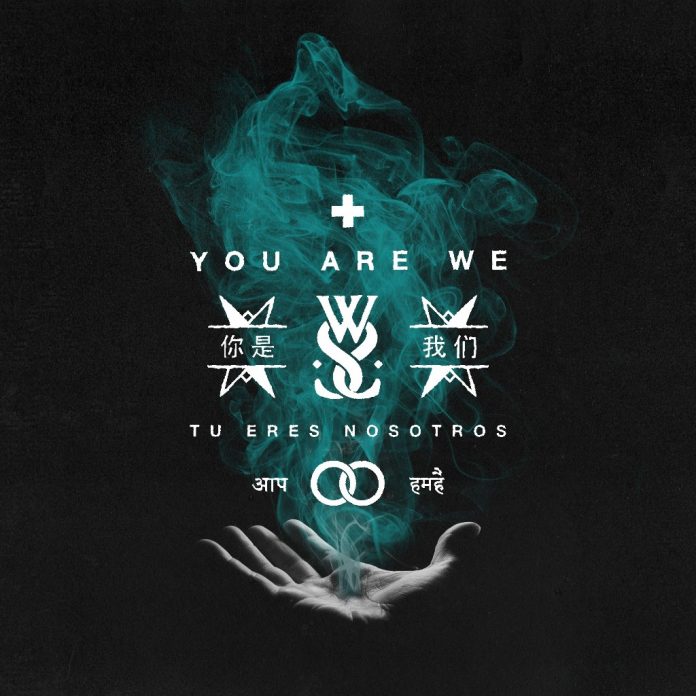 Sheffield’s While She Sleeps have announced that their forthcoming third album is titled ‘You Are We’ and it’s set for release on 21st April, 2017. Currently on tour in Europe with the behemoth that is Bring Me The Horizon, While She Sleeps have also announced a UK headline tour throughout April and May of 2017 in order to bring their new music to their loyal and dedicated fanbase up close and personal.

The latest track to be revealed from the forthcoming record is the anthemic ‘Hurricane’, for which a video is also now streaming.

While She Sleeps have chosen a fitting way to celebrate their tenth anniversary as a band – by becoming totally independent. It’s a bold, impressive and powerful move that both reflects the decade gone by and hints at what the future has to offer. The band converted an empty warehouse in the heart of their native Sheffield into their own multi-purpose studio. It’s not the first time they’ve had their own space – 2010’s debut EP ‘The North Stands For Nothing’ was recorded at a home studio called The Barn – but with this new space, which was built with the band’s own money, they’ve taken things to the next level. “There’s always been a very DIY aspect to this band,” explains vocalist Lawrence ‘Loz’ Taylor, “so going it alone a bit more now just reiterates that to everyone. The Barn was a very important place for us – it’s where we grew as friends and it was where we hung out and could be creative – so the idea with this new space is that it gives us a lot more creative space. There’s a studio and live room, and we have space now to achieve what we want to achieve as a band. This place is going to house us for a good few years.”

It’s also a place where the band aim to break down the barrier even more between themselves and their fan base. As part of the new record’s PledgeMusic campaign, fans were able to head to the studio and take part in the video for ‘Hurricane’. “That was absolutely crazy,” beams Taylor. “I’m still aching from that! But the special thing is that every kid who came down for the video shoot actually helped make the album happen. And to that extent they made this warehouse capable of living.” “Now more than ever,” adds Sean Long (guitar), “our fans know that it’s them making all of this possible for us. The divide between artist and fan is ridiculous, because there are no fans without the artist and there’s no artist without the fans. They go hand in hand together as one absolute thing, and I really like that we can see that in play with what we’ve been doing. It’s very reassuring to see that support right in front of us.”

Made with Carl Bown, who also produced ‘Brainwashed’, the songs that comprise ‘You Are We’ are full of as much force, focus and determination as ever. The likes of ‘Hurricane’ and first single ‘Civil Isolation’ continue the band’s trajectory as one of the most inspiring, riotous and important voices in British music today, demonstrating both their continued musical evolution and their incisive social conscience. Yet while these are brutal anthems that paint a vivid picture of a post-Brexit Britain, they stand as both the most universal and most personal songs of the band’s career.