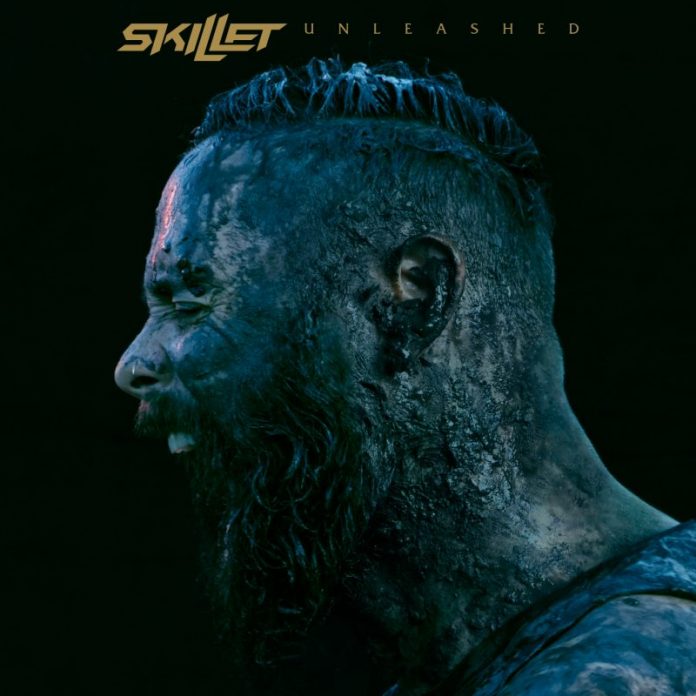 Grammy nominees reveal new track
Grammy-nominated rockers Skillet will release Unleashed, their new studio album and follow up to their 2013 release Rise, which bowed at #4 on the Billboard Top 200 Album Chart.  The 12-track album, a year in the making, is currently available for pre-order via all digital retailers including iTunes at: www.smarturl.it/SkilletUnleashed and Amazon.com at: www.smarturl.it/SkilletUnleashed_A. Pre-orders will include an instant download of the debut single “Feel Invincible,” a lyric video for which can be seen here.
Skillet can also be found on Google Play at: www.smarturl.it/SkilletUnleashed_GP and streaming on Spotify: www.smarturl.it/StreamSkillet.
From the bombastic opening riff of “Feel Invincible” to the memorable closing of the album finale “The Resistance,” it is clear the band has created an album that lets their music speak loudest, while still delivering some of their most personal and heartfelt collections of songs to date.  “I wanted to make an album that could make people feel the music,” said Skillet’s John Cooper.  “I always aim to write songs to which people can relate, but this time I wanted to see not only how the songs would connect lyrically, but also how they’d connect musically.”
Songs like “Back From The Dead,” “Stars” and “Out Of Hell” showcase the musicianship and songwriting that has garnered the band a rabid worldwide fan base, a platinum selling album and multiple Grammy nominations. Comprised of husband and wife John (lead vocals, bass) and Korey Cooper (rhythm guitar, keyboards, programming, backing vocals), Seth Morrison (lead guitar) and Jen Ledger (drums, vocals), the band collaborated with Brian Howes, (Daughtry, Halestorm, Nickelback), as well as, Kevin Churko (Ozzy Osbourne, Disturbed, Five Finger Death Punch), Neal Avron (Twenty One Pilots, Walk The Moon, Fall Out Boy, Linkin Park) and Seth Mosley (Newsboys, TobyMac) to create Unleashed.
The track listing for Unleashed is:
Skillet has cemented its place as one of the 21st century’s most successful rock bands. Selling more than 11 million units worldwide, the Wisconsin quartet have received two GRAMMY® Award nominations and won a Billboard Music Award for the platinum-certified Awake. Their double-platinum single “Monster” is “the eighth most-streamed rock song of 2015” with a total of 57 million plays (and counting) on Spotify and would earn the distinction of becoming “the best-selling digital single in the history of Christian Music.”  2013’s Rise bowed at #4 on the Billboard Top 200 upon release and received resounding and eclectic acclaim from the likes of USA Today, New York Times, Revolver Loudwire, and more.