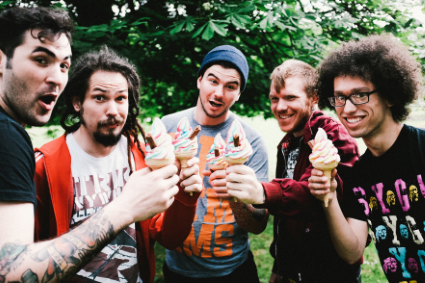 Scot Ska Punks are back

Scottish ska-core crew The Hostilesreturn with their long awaited albumLast Call,  which lands via Bubble Tea Records on Friday 15thJuly.

THE HOSTILEScapture the upbeat energy of US west coast ska punk in the scarcely-sunny climes of west coast Scotland. Described byPunktastic.comas “upbeat, effervescent, bouncy and danceable”, the crew are noted for delivering highly energetic sweat-drenched live performances, underpinned by a two-pronged brass backbone of trombone. Born in Ayr back in 2001, The Hostiles began with brothers Josh (Guitar), and Chris (Bass), who grew up in the States before moving to Scotland in their teens. Joined by local like-minded ska-lovers, Callum Douglas (Drums), Steve Bruce (Trombone) and later Joe Stainke (Trombone), their sound, echoing heavier skacore acts like Capdown, Lightyear and King Prawn, was firmly formed. Since releasing their debut album in 2009, The Hostiles have played hundreds of gigs and captured cult followings through the UK, Europe and beyond.

The band’s debut album Always Looking Forward cunningly caught The Hostiles’ formidable live reputation on record. Produced by Tim G (Sonic Boom Six) and mastered by Peter Miles (The King Blues), it was greatly admired by Big Cheese Magazine, declaring the album “infectious and overflowing with energy”. The album hit the ground running, with a release night show in Glasgow supporting Catch 22. Gigs followed with the likes of Reel Big Fish, Less Than Jake, Zebrahead, The Mad Caddies,Strike Anywhere, and many more, allowing The Hostiles to hone their live show and become worthy headliners in their own right. 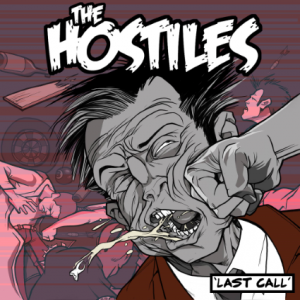 With tracks now dispersed throughout a plethora of compilations in Japan, USA, UK and Italy, and with a series of support slots, festival appearances and a European tour under their belts,The Hostilesnever stop honing their sound and writing new music. After their debut, they put out the interim Late Nights… And Early HoursEP and the single For A Good Time Call 07946058526, before turning their attention to their eagerly awaited new album. Well worth the wait, their new album, Last Call, hits the scene this July and is brimming with infectious ska-fused punk rock. From the stunning opener Ed Knows, to their new single To Err Is Human, the record bounces and flows with limitless energy and groove. Be sure to catch the band this Summer before they break out to the masses.