Six In The Night 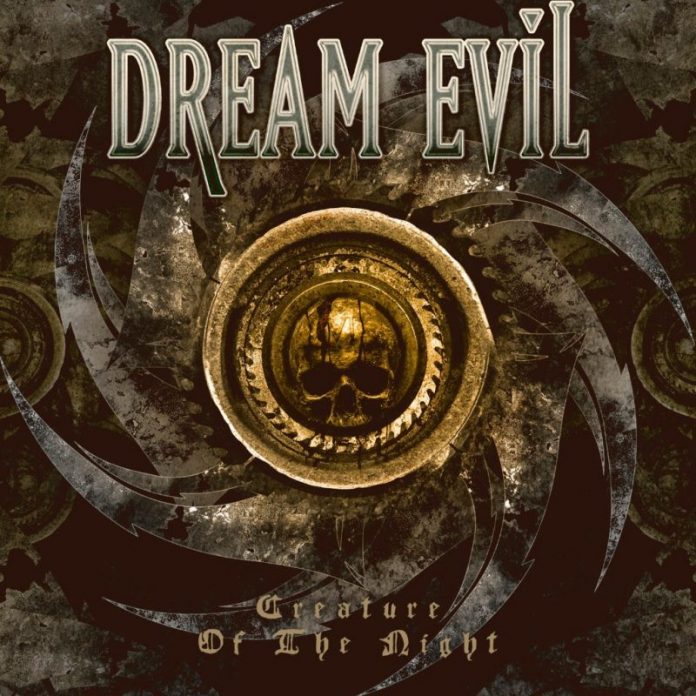 The band have just launched a third single, the melodic and epic ‘Creature Of The Night’ – check it out here:

DREAM EVIL comment as follows: “When we chose from all recorded songs the ones to be released on the main album, we summoned a Heavy Metal Jury which ranked the songs. From this ranking the top 12 songs were set for SIX. The song “Creature Of The Night” got the highest ranking from the H.M.J., so it was a no-brainer to have this song as a single.”

The album’s standard tracklisting is as follows:

Next to the album’s standard version as CD and Digital Download, “SIX” is also being made available as 180gr. vinyl version with a poster and bonus CD as well as in the limited edition Mediabook CD format with 2 bonus tracks (“Under Attack” and “Nowhere To Run”) and 3 stickers.

“SIX” can be pre-ordered in its different physical formats here: http://smarturl.it/DreamEvilSIXCMDistro

Succeeding 2010’s “In The Night” release, “SIX” has been once again produced by DREAM EVIL guitarist Fredrik Nordström at his own Studio Fredman facilities, which is obviously the birth place of many modern Metal masterpieces by bands such as In Flames, Arch Enemy, HammerFall, At The Gates, Dimmu Borgir, Powerwolf or also Architects and Bring Me The Horizon.

The album’s front cover, which can be seen above, has once again been created by Gustavo Sazes / www.abstrata.net (Arch Enemy, Amaranthe, Firewind, etc.).

The pre-order is available here: http://smarturl.it/DreamEvilTBOHM

DREAM EVIL have also announced their return to the stage. Here are the currently announced shows, with more coming up soon: