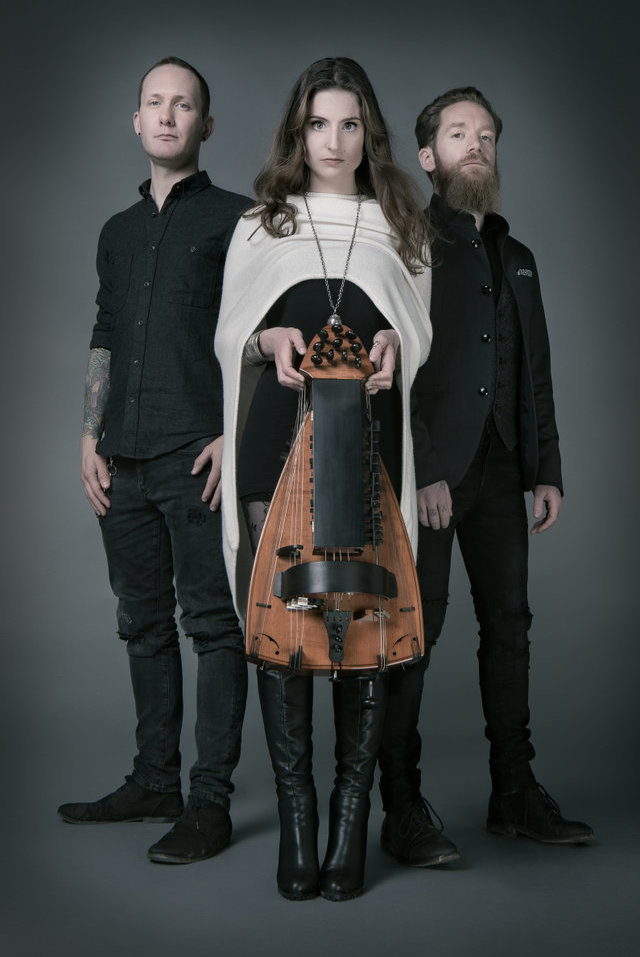 The single promotes their debut album This Is The Sound due to be released on June 30th 2017. ‘Black Moon‘ leads CELLAR DARLING‘s fans through an abstract, apocalyptic vision of the end of the world as seen by different cultures and religions all engulfed in a lunar eclipse. The music video was shot in the beautiful Tenerife.

“We’re proud and happy to present to you the first single from our upcoming album ‘This Is The Sound’: ‘Black Moon’!

‘Black Moon’ is one of the first songs we wrote after our debut single last year, and probably the point where we definitely “found” our sound. Ivo randomly called his original demo ‘Moon’ and that triggered the idea of a story based on the fear of a black moon… So, as a lyrical theme, we ended up exploring mankind’s tendency to add an apocalyptic interpretation to the lunar eclipse.

We’d like to thank everyone involved for their hard work in the scorching hot ‘lunar landscape’ of Tenerife: the talented Fabienne Fellmann and her fellow actors as well as AVA Studios and their awesome team!
– Anna, Merlin & Ivo

In addition, the band launches the pre-order for This Is The Sound and now you can get their new album in the form of a CD or double vinyl. For a little extra, a limited digibook is also available. It features 3 bonus tracks! Each band member chose a cover song to interpret in CELLAR DARLING’s own, unique style. Anna picked ‘The Cold Song‘ from Henry Purcell‘s “King Arthur” opera, Tears for Fears‘ ‘Mad World‘, was chosen by Ivo and to top it all off – the epic Queen classic ‘The Prophet’s Song‘ – Merlin‘s all time favourite. Also included in the digibook will be an alternative and limited cover artwork plus an extended 32-page booklet, filled with the band’s notes on the stories behind their songs. Get it here: http://nblast.de/CellarDarlingShop
– each physical copy will come with a signed insert.

Or pre-order the digital version now and receive ‘Black Moon’, ‘Challenge’ and ‘Fire, Wind and Earth’ as instant grats or stream the songs here: http://nblast.de/CDThisIsTheSoundIT 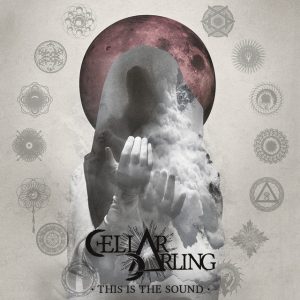 CELLAR DARLING already played a couple of shows where they premiered their new songs live. Before embarking on a tour with DELAIN and SERENITY, you can see them at the following festivals:
14.07.   CH         Bôle – ParaBôle Festival
18.08.    D          Dinkelsbühl – Summer Breeze

with DELAIN and SERENITY:

The band filmed an entire little studio documentary that will soon be revealed bit by bit on CELLAR DARLING‘s Facebook page and Youtube channel, so stay tuned!

After their split with ELUVEITIE, Anna Murphy, Ivo Henzi and Merlin Sutter quickly realised their musical journey was far from over. What quickly developed was a unique and fresh combination of grand and heavy riffs, powerful drumming and a unique voice along with the signature folky, earthy tones of the hurdy gurdy. This, combined with classical elements as well as inherited folk influences, led to the creation of something entirely new, setting Cellar Darling on the path of musical innovation.
CELLAR DARLING released their first single, ‘Challenge‘, and a bonus song called ‘Fire, Wind & Earth‘ in September 2016. Watch the lyric videos here:
https://youtu.be/5DRkXJCRM64 |  https://youtu.be/HOaR7k506s8