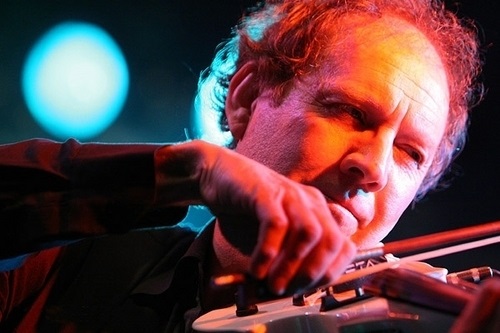 The David Cross Band’s stunning sixth studio album ‘Sign Of The Crow’, set for release on Noisy Records on August 5th is a consummate, often complicated, powerful progressive rock record, expertly recorded by virtuoso musicians patently at the peak of their powers. ‘Sign Of The Crow’, which was composed by the band’s core trio of electric violinist David Cross, guitarist Paul Clark and bassist Mick Paul, is a deeply atmospheric, eclectic collection of glorious, evocative compositions. A video for ‘Starfall’ (radio edit) , the first single to be taken from the album, has already been filmed and can be checked out.

The central theme of ‘Sign Of The Crow’ is pulled together in the final track, ‘Rain Rain’, inspired by David’s childhood memory of how his grandmother repeatedly chanted ‘Rain rain, go away, come again another day’ on the day she died and how this became linked to the misery of personal loss. “I didn’t really understand what had happened but I could see the light of my family suddenly dimmed by her death and knew then that all of us live our lives within that shadow – the crow is never far away”.

David Cross came to prominence in 1972 when he, Jonn Wetton, Bill Bruford and Jamie Muir all responded to Robert Fripp’s invitation to join the new version of King Crimson, which recorded the legendary albums ‘Larks Tongues In Aspic’ (1973), ‘Starless And Bible Black’ and ‘Red’ (both 1974). Although all the various versions of King Crimson have had their particular strengths and received great respect from the fans, this specific line-up of the band has gained a near mythic status over the years. After Fripp disbanded King Crimson in 1974, David became immersed in education and theatre during the following decade, gaining a Master’s degree, writing and acting in plays (for which he also composed the music), as well as guesting on albums such as ‘Forever Blowing Bubbles’ by Clearlight.

This pioneer of rock violin then formed The David Cross Band in the mid-80s, releasing the group’s debut album, ‘Memos From Purgatory’, in 1989. In between recording and releasing his own band’s LPs (on his own Noisy Records label since 1999), David has also produced and performed on various other band’s singles and albums (including Radius and Stickmen), plus put down a brace of Electric Chamber music albums.  He most notably hooked up with Robert Fripp once again last year to record the gorgeous instrumental soundscape ‘Starless Starlight’ (50/50 collaboration) album, released on Noisy Records in April 2015.