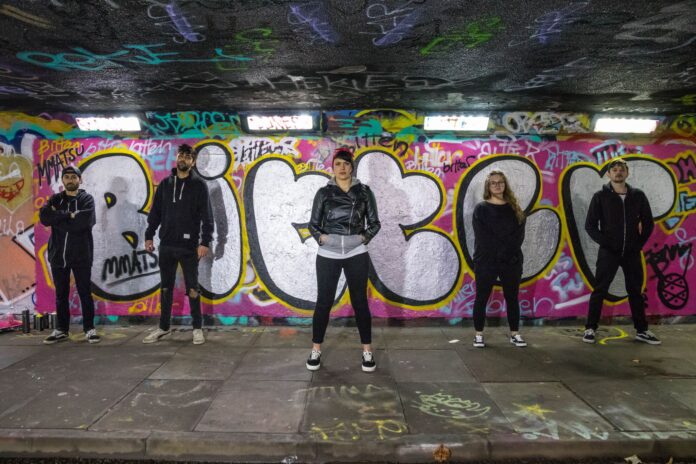 MILLIE MANDERS AND THE SHUTUP have released their new single, SWEET MELODY, a cover of the Little Mix song. It may seem slightly incongruous that the band should attempt their take on such a massive global hit, and you probably wouldn’t think to pair the two, but it works. Damn, does it work. The song blisters along at 100mph whilst retaining the essence of the original, but is transformed into a breathless, vibrant, ska-infused punk monster.

Talking about the release, Millie says, “I was approached by Christy Bullen, a singer and songwriter here in Norwich, and I loved his take on it, so I jumped at the chance. It was originally his idea to feature me, but it ended up swinging the other way. Haha!! It’s such a great version and it gets everyone bouncing and singing along whenever we play it live. It was such a pleasure to work on it with Christy and the producer Tom Joy and we can’t wait for everyone to hear it.”

The band embarked on their first full headline UK tour last autumn with most of the dates, including several O2 Academy shows, being sold out. Their reputation as one of the most exhilarating live bands in the country was further enhanced by their recent UK tour supporting the legendary Less Than Jake, converting legions of new fans every night with the rapturous audience receptions comfortably matched by the glowing media coverage.

“Our first headline tour and the Less Than Jake tour were nothing short of mind blowing,” says Millie. “As a band, we could never have imagined so many people coming out to see us and just how many voices we would hear singing our songs with us. We have made lifelong friends and incredible memories that we will always cherish.”

Those tours will indeed live long in the memory of anyone who was there and will be quickly followed by a further headline tour and several festival appearances in June. Full dates as follows:

Further festivals for the band will follow at Kendal Calling and Gabe Fest in July and Rebellion in August, followed by EU dates in the autumn.

In addition to this wave of activity, Millie also recently appeared on BBC Look East to discuss the numerical disparity between male and female headliners at UK festivals this summer. You can watch the interview here: https://drive.google.com/file/d/1a9mgoDa6G3T5AN2UEK3kgKWwe4jKmL6g/view

Fronted by Millie’s staggering vocal dexterity and backed by grinding guitars, irresistible horns and a huge amount of pop appeal, MILLIE MANDERS AND THE SHUTUP are rightly renowned for their power and energy. Their debut album, TELLING TRUTHS, BREAKING TIES, is available on CD and vinyl formats from www.millie-manders.com