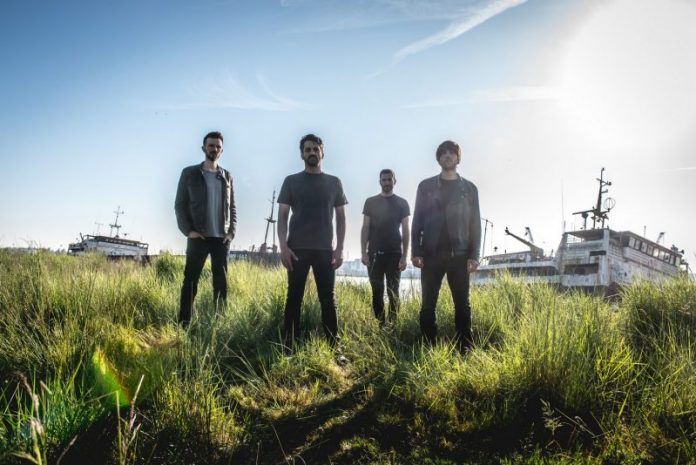 The single is lifted from the band’s debut EP Halo pt.1, out on Friday 2nd June via Diva Records.

Featuring Alex Palladini (Vocals and Synths), Mike Tomasini (Guitars), Max Andrini (Bass and Synths), and Vince Picciolo (Drums), Waiting For Titor take their moniker from John Titor, a fictional name used by a blogger claiming to be a time traveller from the year 2036. Born in 2013, from the ashes of much respected Italian crossover crew Convergence, Waiting for Titor soon honed in on their sound, and were quickly snapped up by Belgian label Diva Records.

In alignment with their namesake, the progressive crew look towards the future of music, and in doing so, have travelled and played in many different locations, aiming to soak up a slew of influences stemming from rock and electronics to orchestral elements. The band cite Nine Inch Nails, New Order, Depeche Mode, Foo Fighters, Sigur Ros and Massive Attack as key contributing factors to their engaging and expansive sound. When the Alt synth rockers released their debut single Teardrop, a personal and powerful synth rock re-interpretation of Massive Attack’s masterpiece, it helped to place Waiting For Titor on the map.

With the EP arriving this June and along with tour dates for the Summer, Waiting For Titor’s rise is imminent.