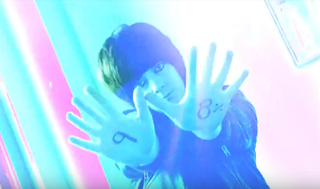 IDestroy have released the video for ‘98%, the second half of their double A-side single ‘Annie’ and ‘98%‘ which is out now and available here.

Big bass lines and catchy choruses to match are the soundtrack to the lo-fi journey through the gritty scenes of the band’s Bristol hometown.

The video is the second instalment of their double A-side and follows the video for ‘Annie’ which premiered on Kerrang and mixes powerful riffs with catchy pop melodies in the short, sharp, feisty number, packed with driving rhythms and rebellious charm.

Fearless and more determined than ever, IDestroy have been unleashing new material to fans and have been touring the UK throughout April before heading off to Germany for a ten date tour which starts today. The band also won their hometown heat in Bristol at ‘The Pogues Irish Whiskey Presents: A Shot at Discovery’ competition, and recently performed at the final at Islington Academy.