Inside The Haunted Studio 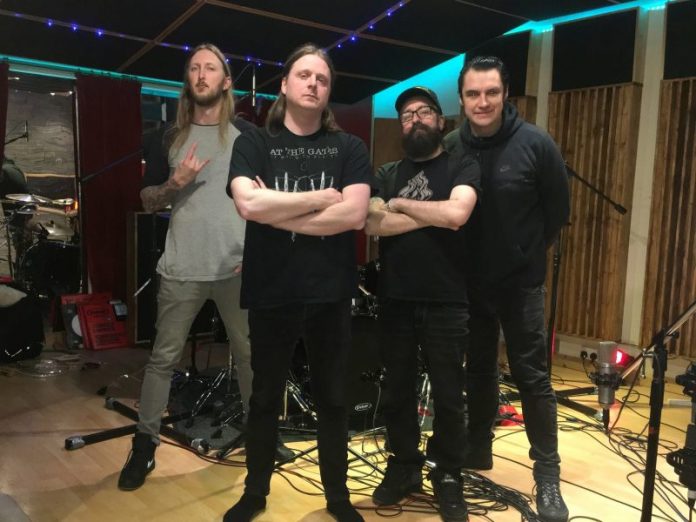 After playing a string of tour dates with Meshuggah in the UK and Arch Enemy in Central Europe, Swedish Thrash Metallers THE HAUNTED have been busy these past few weeks with the recording and mixing process of their upcoming, 9th studio album effort.

Recorded at Parlour Studios in the UK with producer Russ Russell (Napalm Death, Dimmu Borgir, The Exploited), the album is entitled “Strength In Numbers” and will be released worldwide via Century Media Records on August 25th, 2017.

THE HAUNTED’s guitarist Ola Englund has checked in with the following comment: “Working on “Strength In Numbers” with Russ Russell as an engineer and producer has been an incredible experience. His attitude and positivity has helped us to truly do our best when recording. He’s just a killer guy to be around!”, before adding: “All the tracking for the album has been completed and Russ is right in the middle of mixing and mastering it. And from the early mixes I’ve heard, it’s shaping up to be insanely heavy. No clean singing, no banjo, no pickup trucks…so fans of country music are gonna hate it, haha! Seriously: Heads are gonna roll. In a good way…”

In addition to being added to Sweden Rock Festival, THE HAUNTED have recently also confirmed a first string of touring across Scandinavia in support of the upcoming album.

Here are the dates so far:

THE HAUNTED on Spotify: http://spoti.fi/2ktaCui

Previous article
She Destroys Me
Next article
Danzig Gets A Ride