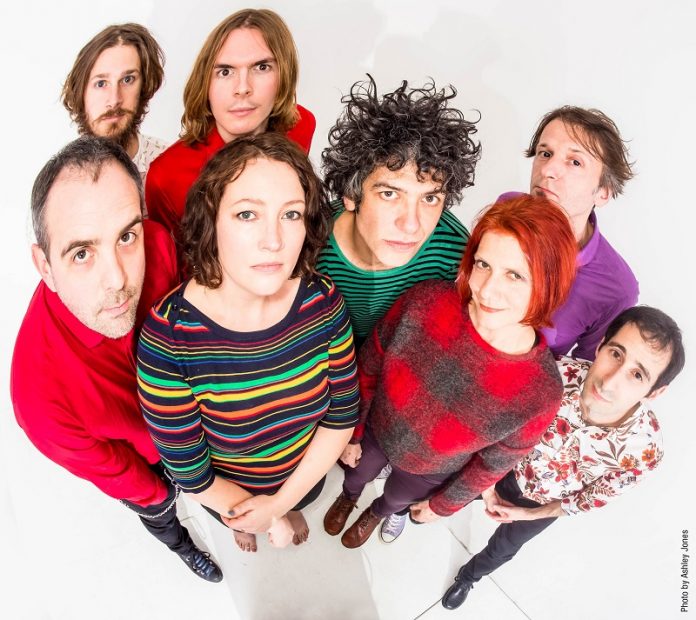 London psychers on tour in May

London-based psychedelic octet Knifeworld are set to release their third studio album ‘Bottled Out Of Eden’, on InsideOut Music on the 22nd April 2016. They have now announced UK tour dates in support of the album, and you can find those below:

Tickets for Leicester, Leeds & Brighton on sale this Friday. Tickets for London are on sale now.

They also recently filmed a video with frequent collaborator Ashley Jones, for the album’s opening track ‘High / Aflame’, and you can watch that here:

Kavus had this to say about the clip:

“This ‘High / Aflame’ is an edited version of the six and a half minute opener from ‘Bottled Out Of Eden’. We wanted to start the album with something joyful and this is the song that birthed itself as a result.

Once again we worked with our long-time collaborator, Ashley Jones, and Innerstrings projections to create a video that was as colourful, giddy and ecstatic as the tune itself, something that looks how Knifeworld sound. I think I’m happier with how this turned out than any video we’ve done previously.”

You can now pre-order ‘Bottled Out Of Eden’ from the links below: