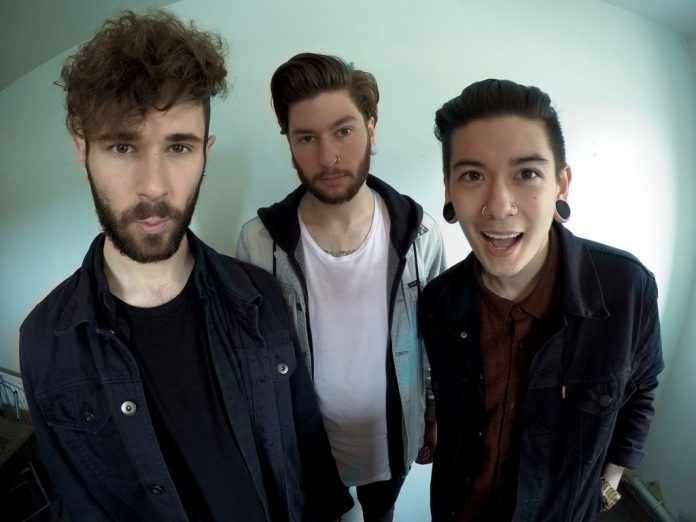 Nottingham based trio WE ARE CARNIVORES are pleased to reveal the next single to be taken from their new EP release ‘Theodor’s A Don, Bro’. ‘You Can’t Argue With Sharks’ was revealed last week and you can now check out the video via the link below.

When speaking to the band about their new single release and their inspiration, vocalist/guitarist Harry Christopher said: “The embarrassment and frustration we feel when seeing the petty way our elected representatives approach serious social issues (or just any issue); prioritising point-scoring and using diminutive, divisive labels is second to none. Well all that and we also wanted to a huge-large synth bass under a nasty, sludgy breakdown.”

The band’s title track from the EP ‘Theodor’s A Don, Bro’ was championed by Dean Jackson on BBC Introducing’s The Beat on BBC Radio Nottingham and Kerrang Radio‘s Alex Baker on his Kerrang Radio Fresh Blood Show. Jumbling together angular riffs and in-your-face time changes, WE ARE CARNIVORES are band not for the faint hearted and their incredible math rock riffs are not to be forgotten anytime soon.