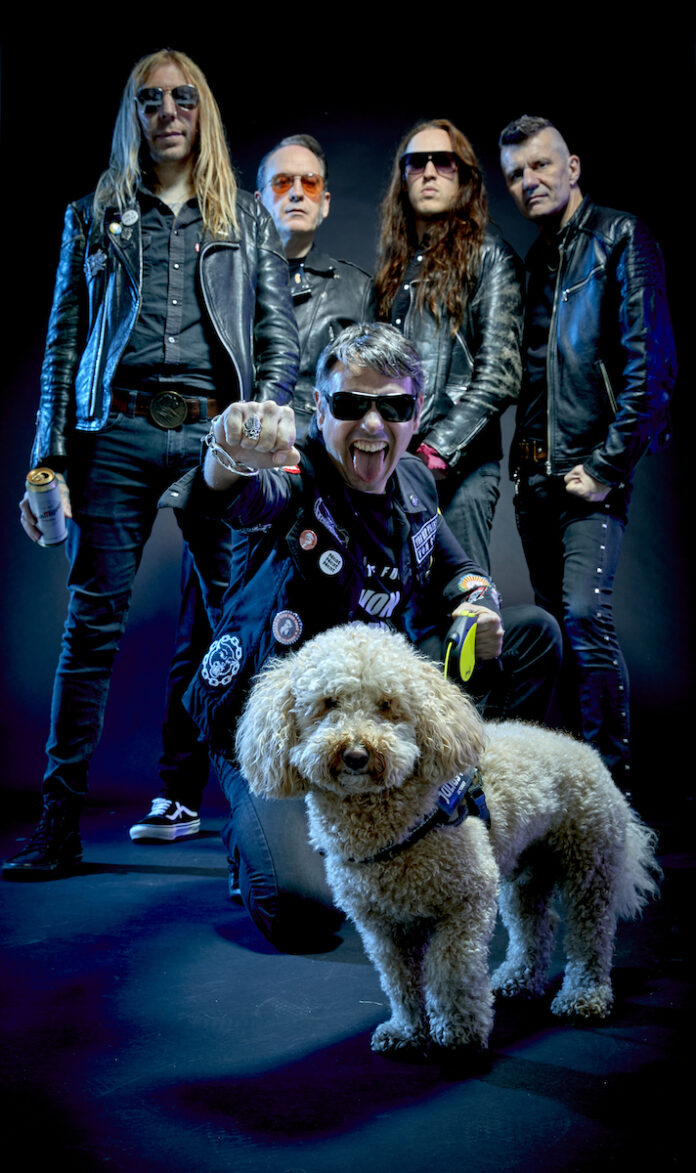 Since their inception in 2006, The Hip Priests have released a mighty thirty 7″ singles, four albums, two compilations and three EPs by various independent labels from all over Europe & the USA. Fiercely independent and tirelessly driven, the ‘Priests have preached their high energy sermon of misanthropy, hate and contempt across numerous tours of the UK, Europe and USA and made countless rapturously received festival appearances.

Gaining a richly deserved reputation as a white-hot live band, the last few years have seen the band’s popularity increasing further with them regularly playing alongside kindred spirits such as The Hellacopters, Gluecifer, The Good the Bad and the Zugly, New Bomb Turks, Dwarves and Zeke at both festivals and in clubs. Rave reviews pour in for every release, ranging from ‘a band on top of their game & steps ahead of any of their UK contemporaries’ to ‘if you’re in any doubt about how good these bad boys are then you need locking up’. After 16 years some bands would be taking it easy but in spite of a global pandemic, there was no let-up in their determination and activity. Their fifth, and by far their best full-length album – ‘Roden House Blues’ – was written, rehearsed, and recorded during this period and will be released May 5th, 2023, via The Sign Records.

The new single ‘Shakin Ain’t Fakin’ is the first bittersweet taste of ‘Roden House Blues’ and comes thundering out of the traps all guns blazing, a full-tilt rock n’ roll assault to kick 2023 into touch.

Or as The Hip Priests themselves say.
“Shaking to the sound n rattling with rage. Keeping your sanity and keeping it real whilst global politicians try to kill (or sell) us all. Ignore Elton, any nights good for fighting. This tune was a later arrival to the selection of songs we tried out for inclusion on the new album but, from rough demo to the moment we all rehearsed it, it quickly staked its place as one of the album’s cornerstones and has already become a live killer.  More hooks than a fisherman’s box, incendiary guitars and an enormous anthemic chorus. What more do you need from your rock ‘n’ roll? …  How about Von Cruz effortlessly spitting out a rapture-inspired Rap?

Always shaking- never faking. Pull up that pavement – I can see the beach.”

tch The Hip Priests live at the following dates:

The Hip Priests. Zero fucks n’ less success since 2006. The most prolific band you haven’t heard of. High energy sweaty sermons of misanthropy, disillusion (self) loathing and despair. Get ready to have your ears torn clean off.