RIDING ON THE NIGHT TRAIN 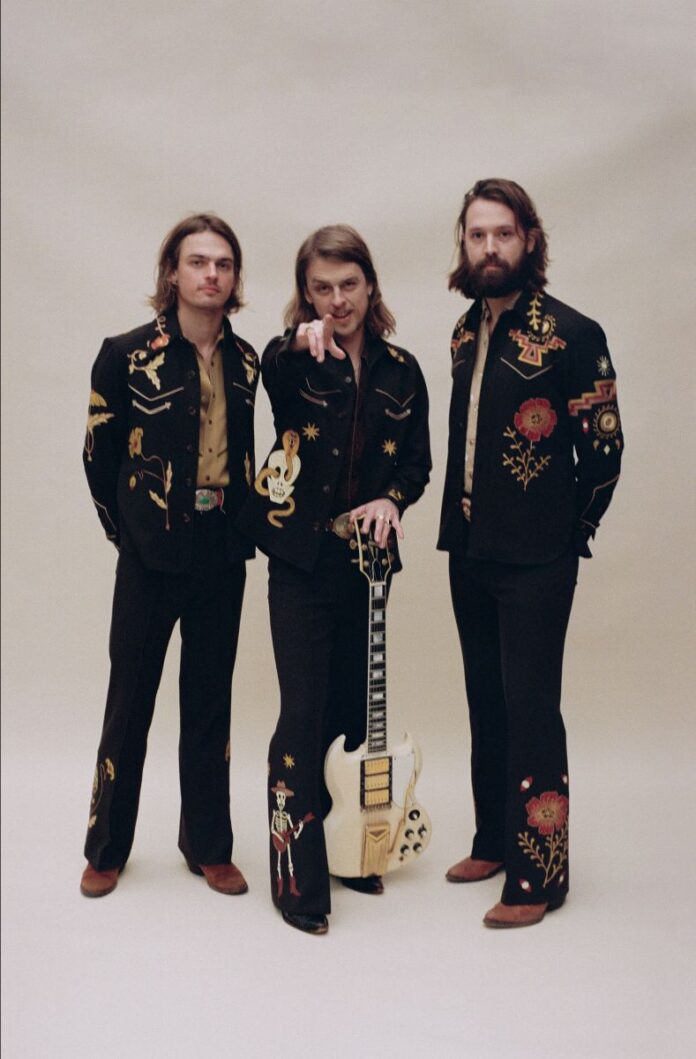 DeWolff have unleashed the next single and opening track from their new album ‘Love, Death & In Between,’ out February 3rd via Mascot Records / Mascot Label Group. Recalling classic hits like “Love Train” by The O’Jays, “Night Train” is a joyous roof-raiser that deftly blends psychedelic southern rock with classic soul & R&B. Watch the official music video for “Night Train” here. They will be playing the 100 Club, London on 2 March. Tickets HERE.

“Night Train” follows the album’s previous singles “Counterfeit Love,” which the band called “the most Zeppelin-esque thing we ever recorded,” and the soulful “Heart Stopping Kinda Show.”

Love, Death & In Betweenis a reaction to their previous two studio albums. Tascam Tapes, which was recorded on the road with a four-track cassette recorder from the 1980s and the socially distanced recording of the #2 Netherlands album charting Wolffpack. “For this, we wanted to do something with people, as many people as possible,” singer/guitarist Pablo van de Poel says.

The lightning strike moment for Love, Death & In Between came via Memphis. “In 2019, I attended a sermon by Al Green at his own church, and it was a life-changing experience, musically,” Pablo remembers. In May 2022, they went to Kerwax, an analogue studio in the village of Loguivy-Plougras in Brittany. “We thought, let’s go on an adventure,” he says. Located in North-western France and surrounded by forests, they retreated to the residential studio for two weeks, engulfed in vintage recording equipment from the 1940s to the 1970s.

Recording live to tape, with no overdubs, brothers Pablo (guitar/vocals) and Luka van de Poel (drums/vocals) alongside Robin Piso (Hammond/Wurlitzer) were joined by a host of friends for the recordings.  The themes on the album were partly inspired by novels from 20th-century American authors, particularly John Steinbeck’s ‘Tortilla Flat. “There is a quote from him, ‘The good story lay in half-told things which must be filled in out of the hearer’s own experience,’ and that was something I really wanted to do with lyrics on this record.” At the same time, the band were deep diving into old soul and R&B records – Sam Cooke, The Impressions, The Coasters, The Clovers, Ray Charles and Little Richard, as well as a heavy dose of gospel – The Soul Stirrers, Al Green and early records by The Staple Singers.