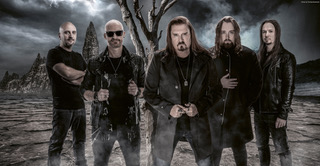 James LaBrie, known internationally as the vocalist for progressive metal icons Dream Theater, embarks on uncharted waters with his fourth solo album, titled ‘Beautiful Shade of Grey’, out 20th May 2022. Today sees the launch of the album’s first single and opening track, “Devil In Drag”, and you can watch the Wayne Joyner-produced video here: https://youtu.be/fwDfh5Mvd0o

Look out for more information in the coming months!