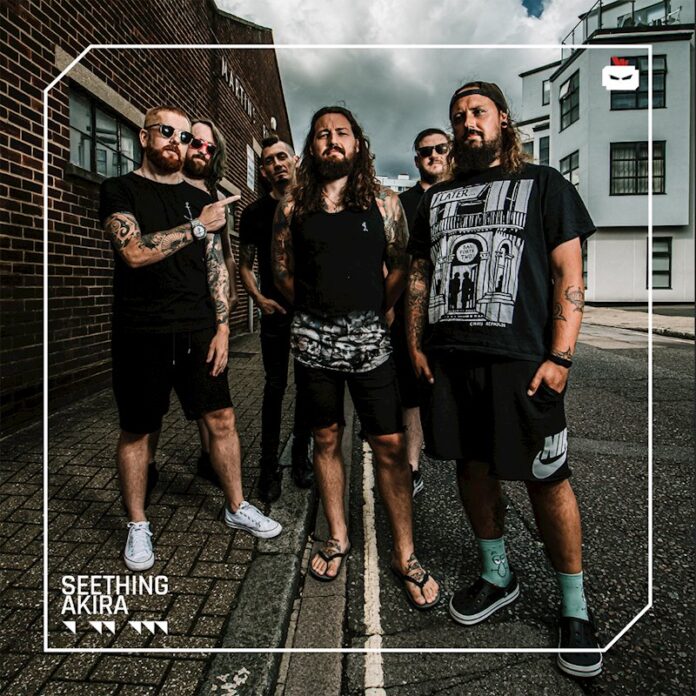 Check out the video here: https://www.youtube.com/watch?v=WoY5723C1dY

Seething Akira have announced the Dysfunctional Wonderland UK Tour from Sept 9th through 18th hitting ten UK cities. The 6-piece group recently performed at Bloodstock 2021 and Victorious Festival and have been invited to the Heavy Metal Music Awards.

“Dysfunctional Wonderland is predominantly about the human mind, how it processes information for either good or bad, and the lack of control on how it decides to process this information. From questioning common beliefs to the malfunctions, and how it can be altered as a consequence to actions beyond our control, both by means of advertisement and social media platforms, to targeted mental assaults.” – Seething Akira

Seething Akira brings the sonic fury with their latest masterwork of heavy and melodic songwriting on “Dysfunctional Wonderland.” The song’s high-energy delivery and remarkable attention to detail make for an unforgettable creation from this cutting-edge artist. “Dysfunctional Wonderland” is the title track off Seething Akira’s sophomore full-length album, out now on all platforms from independent electronic rock label FiXT Radium.

ABOUT SEETHING AKIRA:
Explosive. Bombastic. Defiant. Intense. Seething Akira have developed a gloriously turbulent sound that is uniquely their own. Founded by vocalists Charlie Bowes and Kit Conrad, Seething Akira are a 6-piece electronic nu-core band hailing from the seafront city of Portsmouth, UK that have been tearing venues apart across Europe with their powerful fusion of genres since 2012.

The band’s first full-length album, Sleepy Skeletor, dropped in 2018 and made it clear that Seething Akira would be a force to be reckoned with in the years to come. In late 2020, the band launched a series of new singles leading up to their second album, the highly anticipated Dysfunctional Wonderland. With the strength of the band’s music and their popularity with fans rocketing skyward, they connected with electronic rock label FiXT and forged a partnership for their future releases.
Seething Akira has been featured on the Rock Hard Spotify editorial list, while their single “Firepower” landed on Kerrang Radio and Scuzz. “I Am The Devil” and “The Islander”  were both featured on BBC Introducing, and “The Islander” premiered on Soundsphere Magazine.

At home and on the road, Seething Akira have also put their stamp on staple festivals such as Bloodstock, Victorious, Tech Fest, Camden Rocks, and many more while touring with bands like The Qemists and The Algorithm. The band’s new album, Dysfunctional Wonderland, is out now followed by a UK tour.