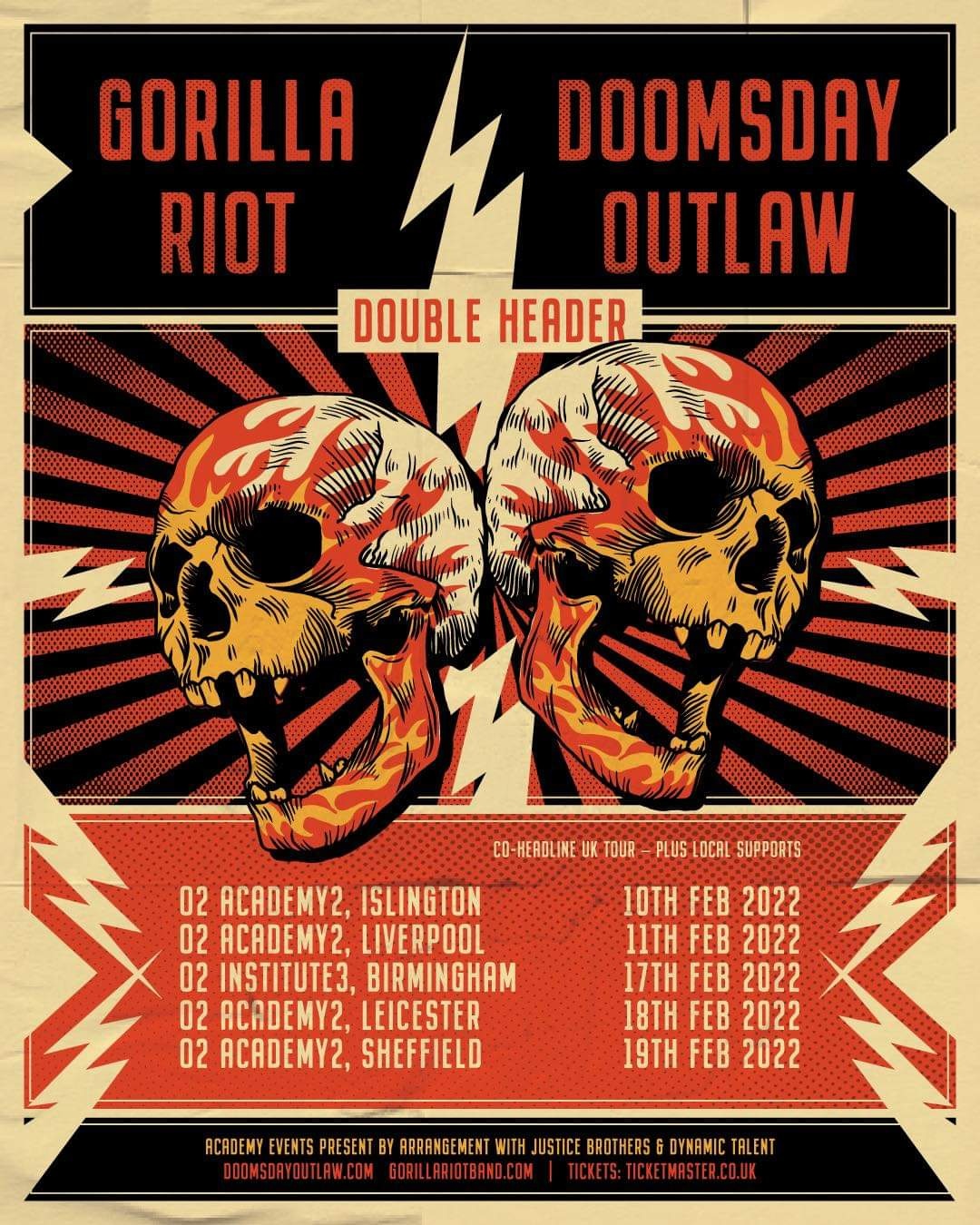 Manchester’s dirty rock n blues mavericks, Gorilla Riot are delighted to announce a new song, Late That Year, out today on Mon 23 Aug across all download and streaming platforms.

Late That Year, is the third song taken from their 4-track acoustic EP, SOLACE, which is released week commencing Mon 06 September.

SOLACE is available in CD digipak format and can be ordered direct from www.gorillariotband.com

The song coincides with the recent announcement of a UK co-headline tour with fellow rock dirtbags, Doomsday Outlaw, playing in 5 Academy Group venues across England.

He went on, “Solace is four very personal stories, and this is a song that I definitely thought would never fit within GR. But we kept it minimal just like it was written and we’re very happy with the result. It’s different to anything we’ve ever done, and it has opened up the possibility of going in even more directions in the future than we had planned, and as always, we were already planning some mad shit!”

Regarding the tour, he said, “We are stoked to see the tickets flying out for the dates with our brothers in Doomsday Outlaw. We weren’t sure if folks were up for coming out to see us after all of this time, but it sure looks they are up for it just as much as we are!”

They have toured extensively across the UK, Spain and France, including Planet Rock Roadstars. They performed a sold-out launch show at Rebellion in Manchester in February 2020 for their album PEACH but were then forced to cancel their album tour due to the countrywide lockdown.

Along with the release of PEACH, Gorillia Riot had their song, Bad Son, included on the vinyl chart-topping ‘Earache presents New Wave Of Rock N Roll’ compilation album.

They now release SOLACE ahead of entering the studio to record their next full album.